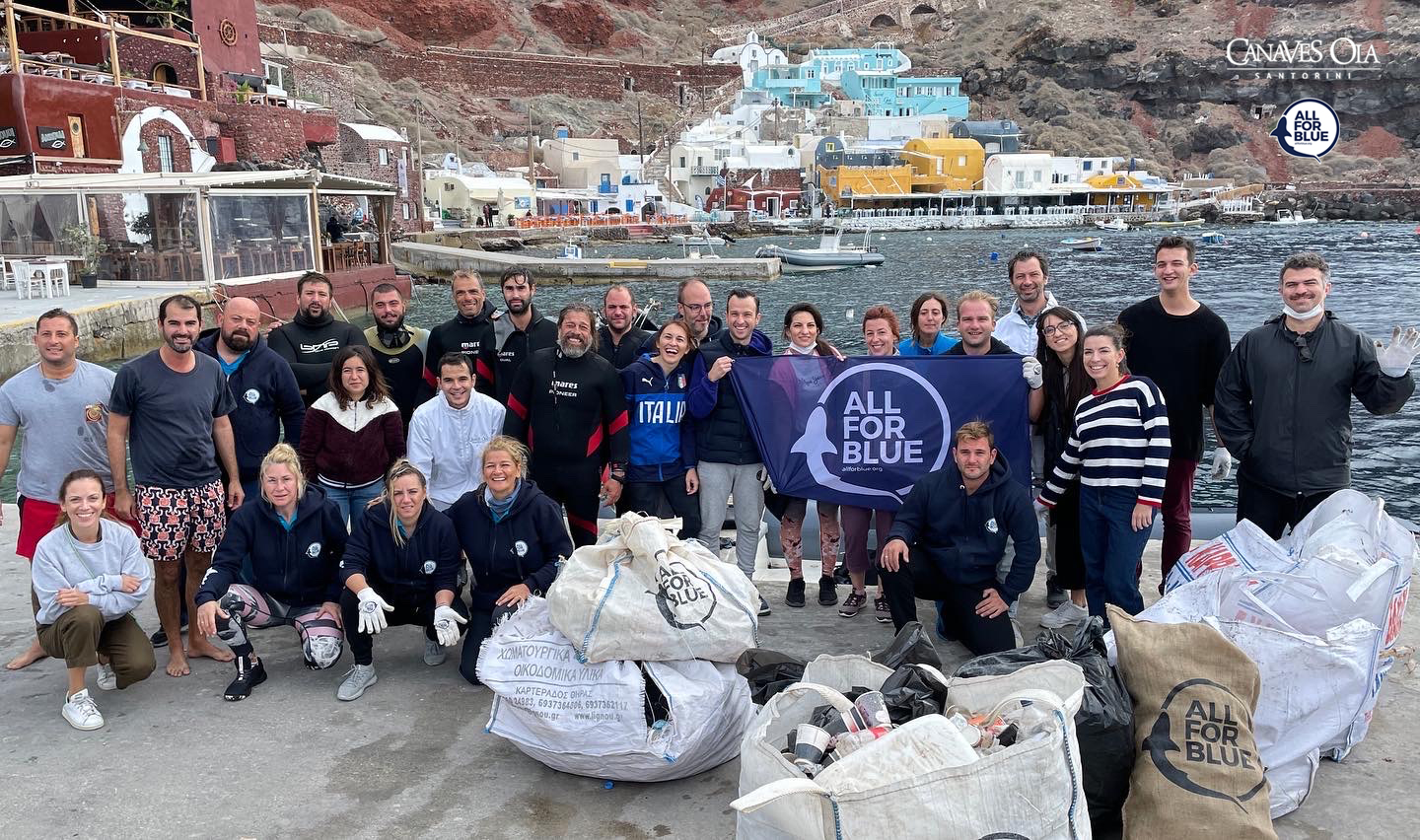 Santorini is one of the most important tourist destinations worldwide and not by chance, since it does not look like any other island and hundreds of thousands of tourists visit it every year. The management of “Canaves Oia Luxury Hotel”, having set very high standards in the operation of the company, at the end of the tourist season, in collaboration with All For Blue organized for its staff a seminar about Ocean Conservation. 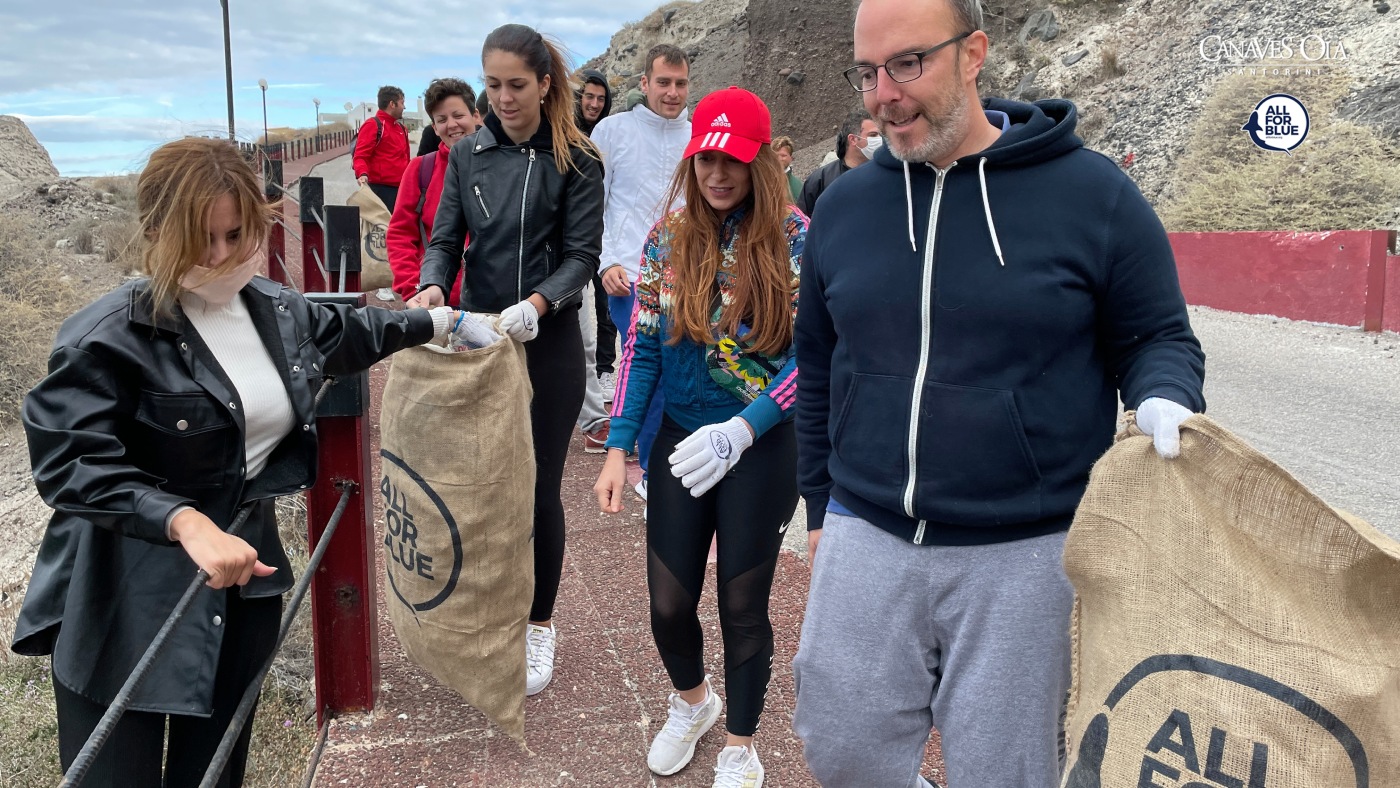 This was followed by an experiential cleanup by the staff, on the way from the hotel to the beach in the area of Ammoudi. A route that is often cleaned by the Municipality. Hundreds of plastic bottles and other waste were found “hidden” under stones or bushes found by the company’s employees. 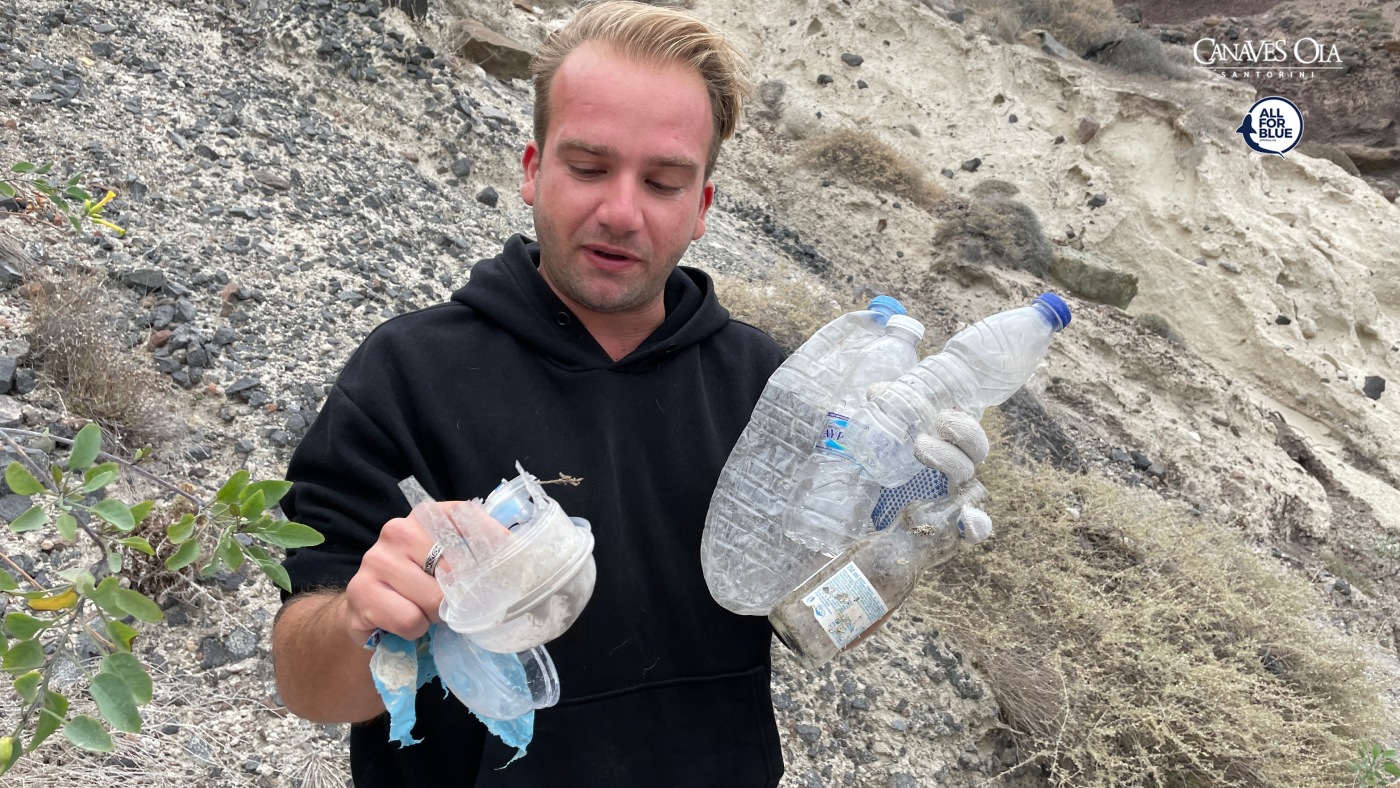 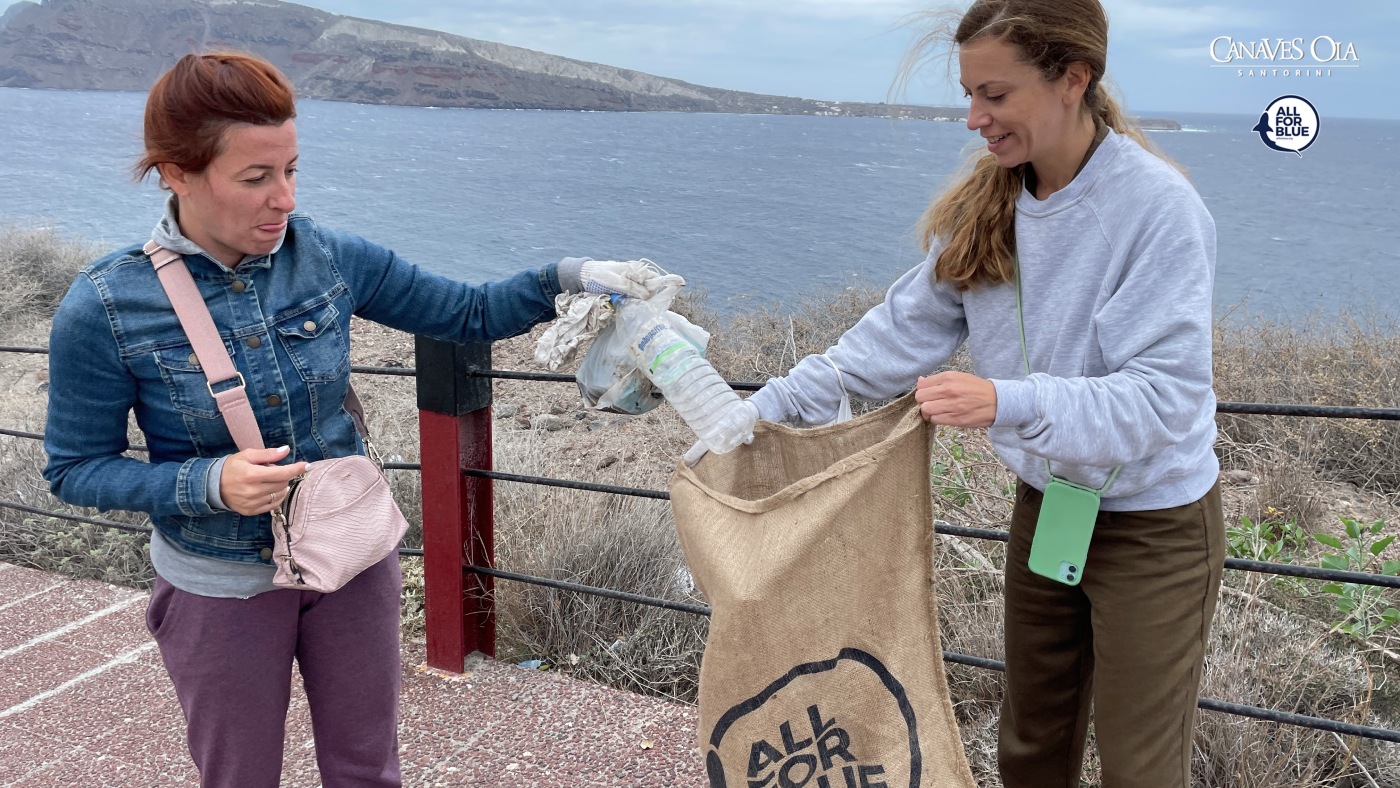 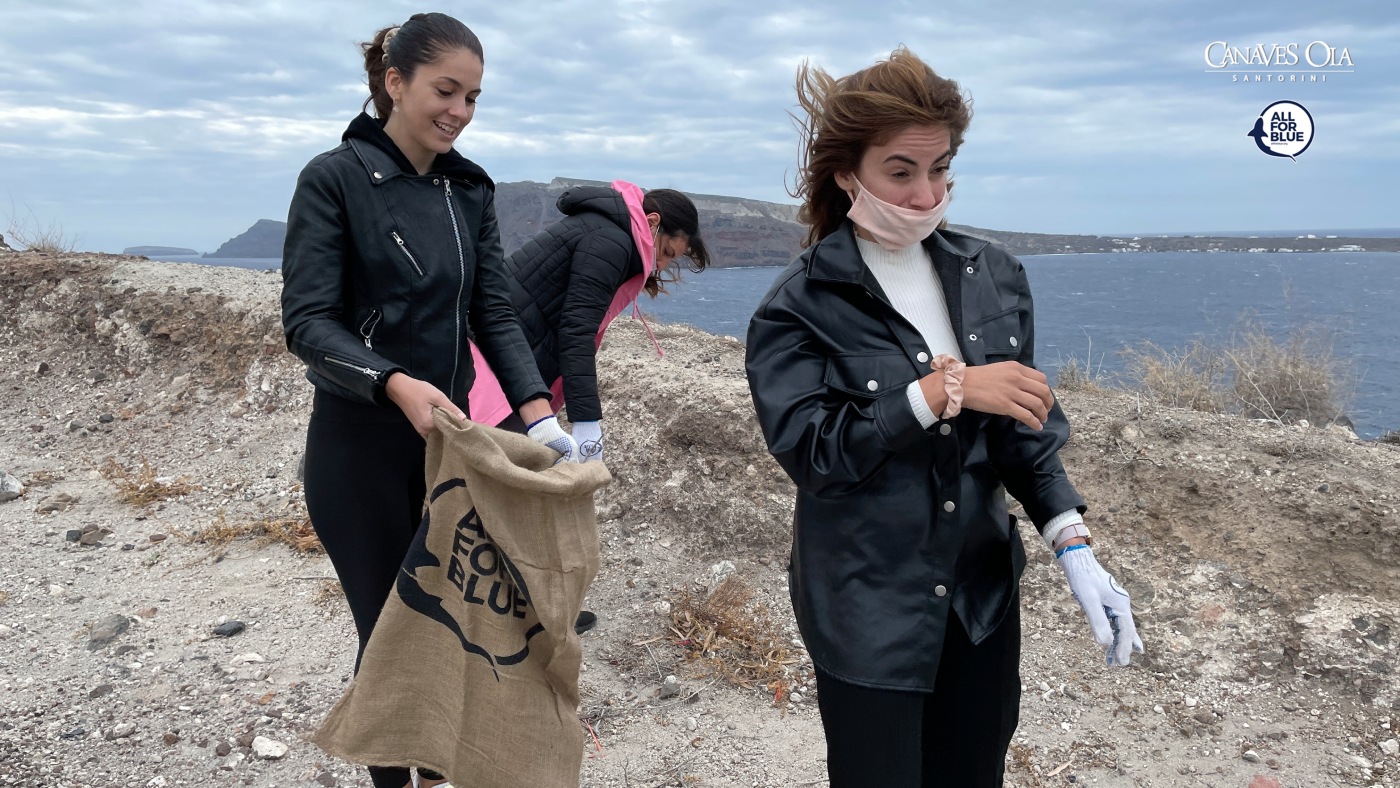 At the same time, members of All For Blue in collaboration with the diving center Atlantis Dive Center of Apostolis Stylianopoulos undertook the underwater cleanup. The seabed hid many surprises, from metal umbrellas, blankets, pots, ropes, carpets and many plastics. 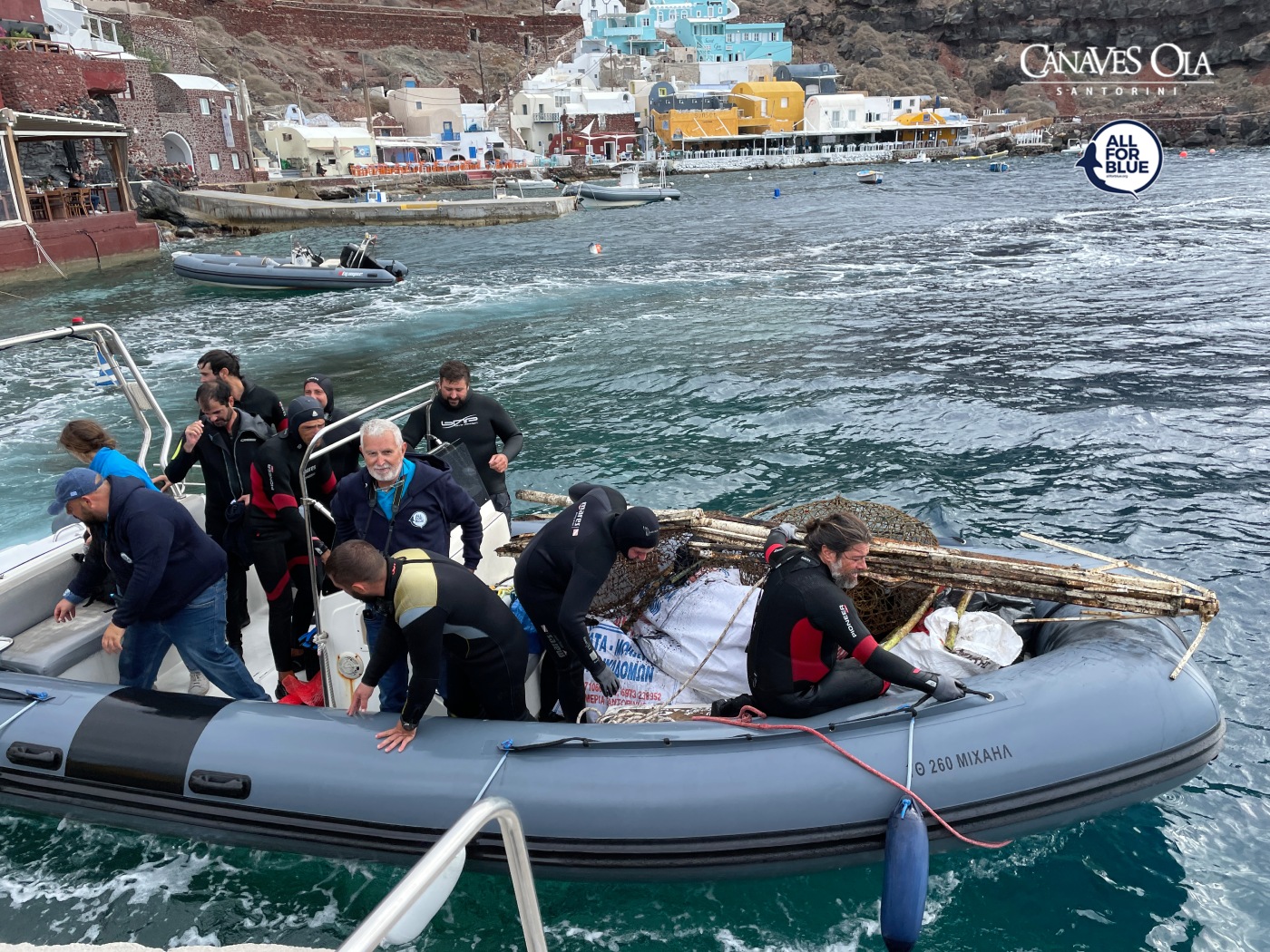 We would like to express our gratitude to Dive In Action, Mr Dimitris Kampanos and to the Atlantis Diving Santorini, Mr Apostolos Stylianopoulos for their participation in the underwater cleanup. 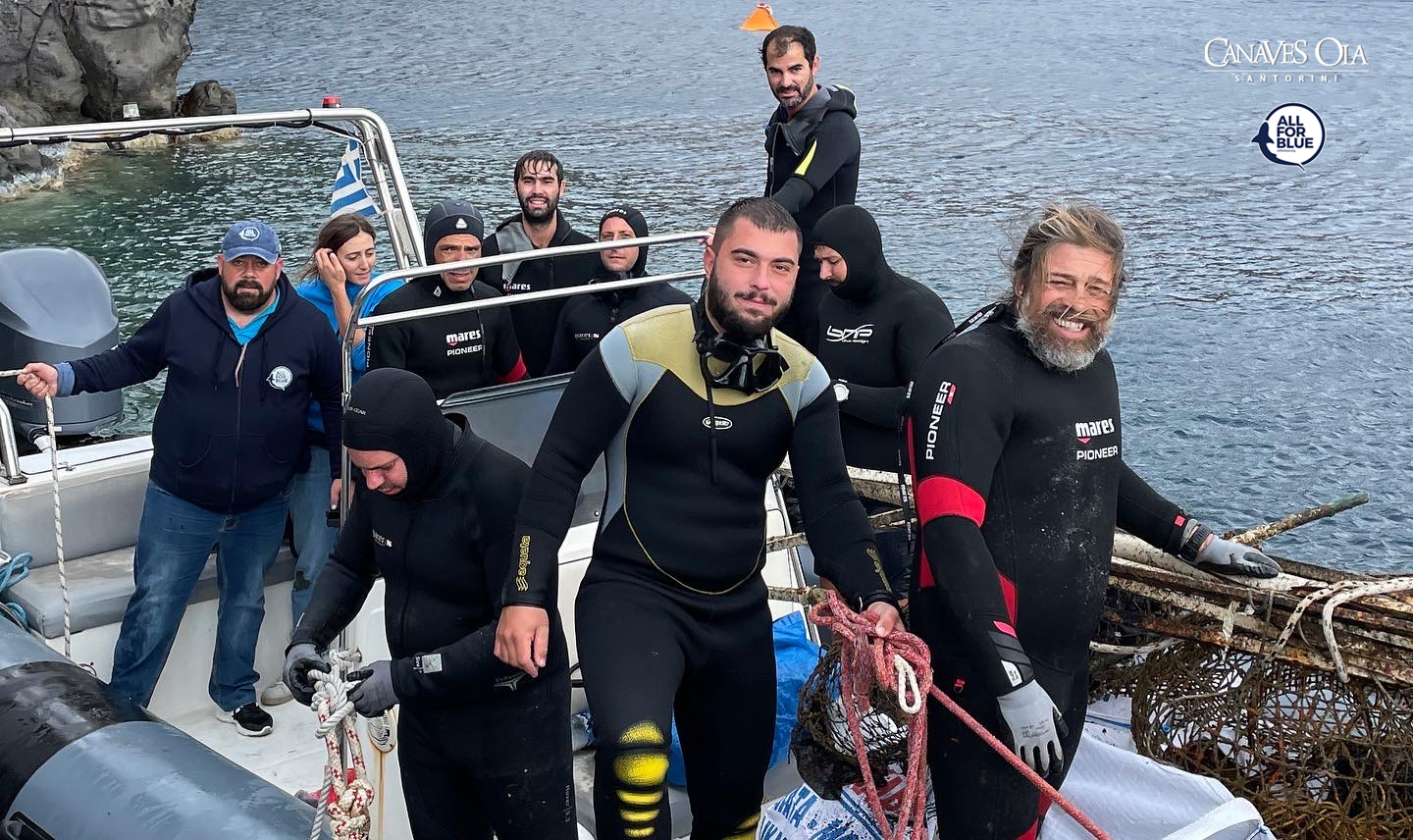 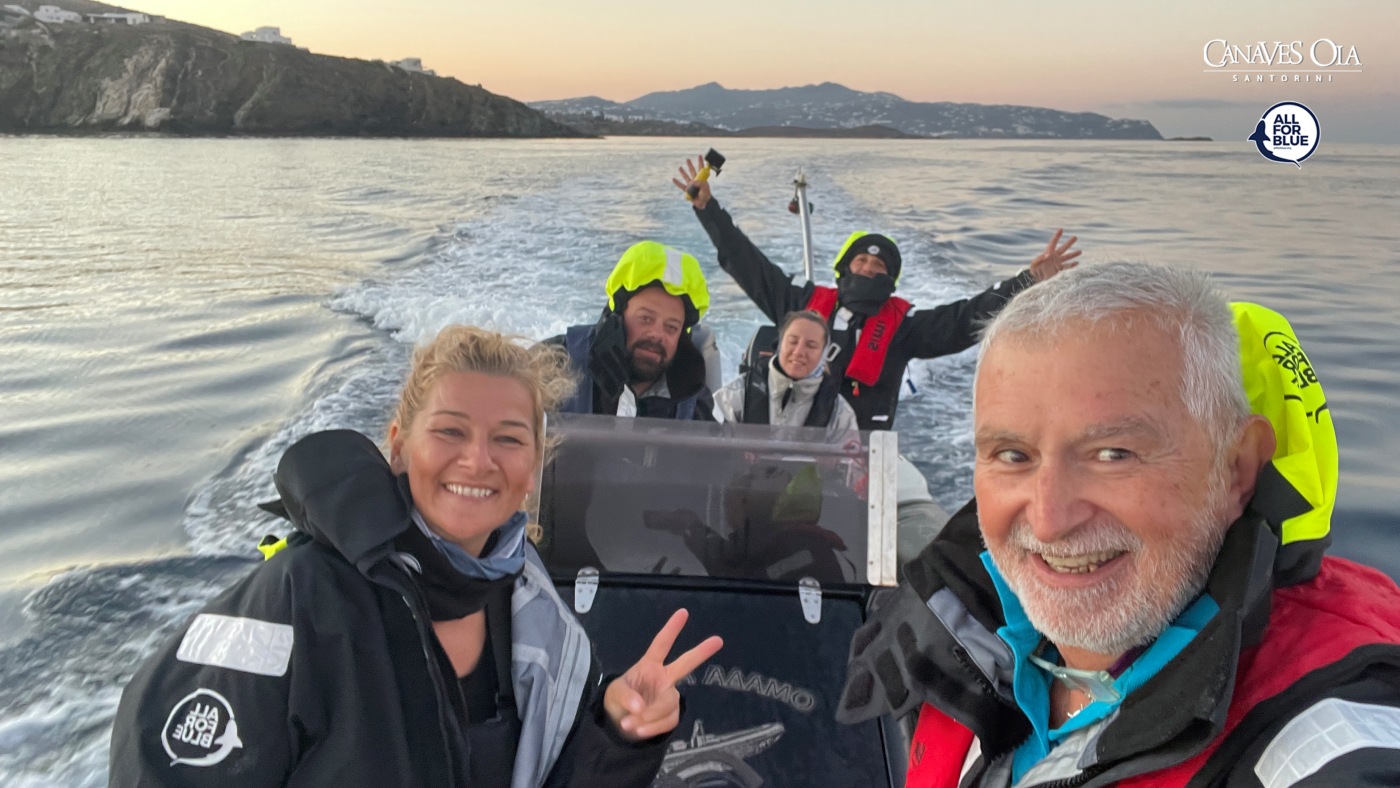 The help offered to the divers by the submarine drone Sofar (won by All For Blue in a competition in the US) was important, both in exploring the seabed the previous day and in recording the action. 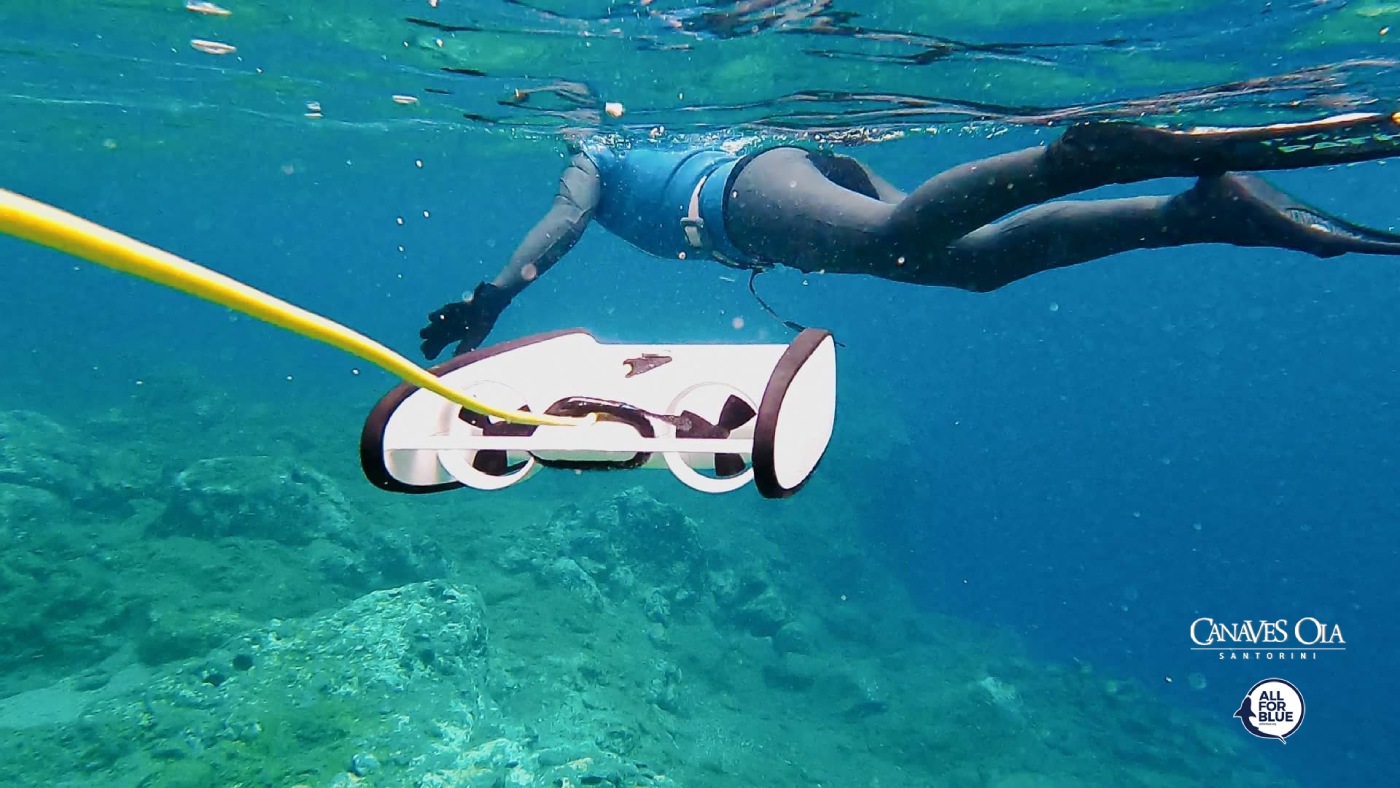 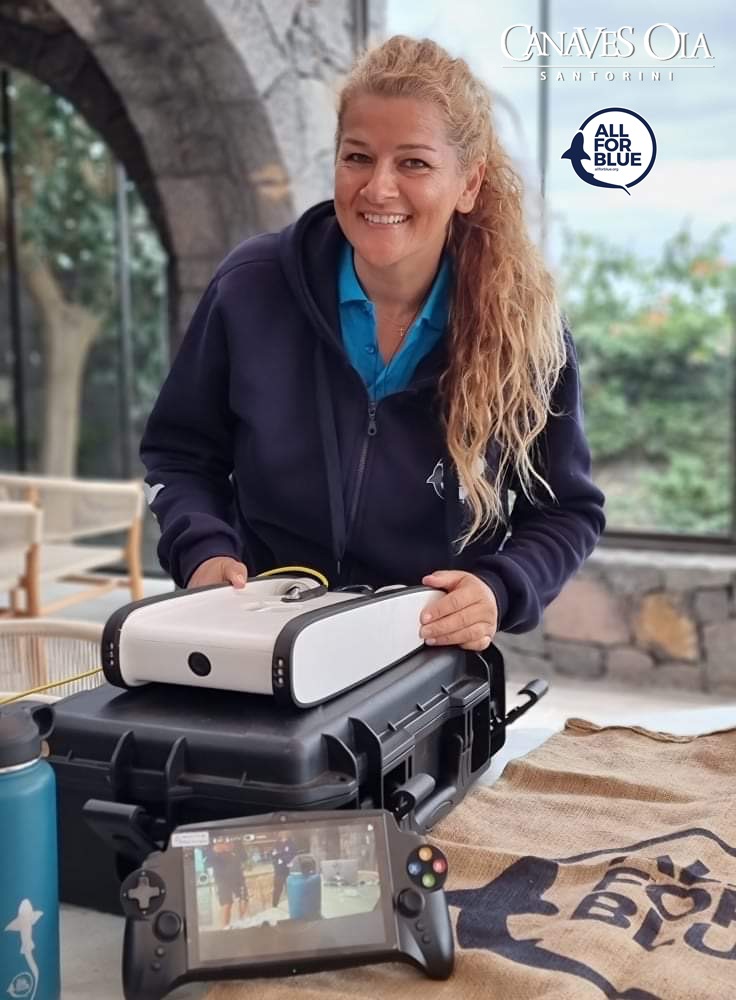 Hundreds were the “findings” that were collected at the pier and after the garbage was separated by category, they were handed over to the  for recycling.

All waste was separated and recorded in a global database.