“Last week I had the pleasure of filming and photographing Katerina Topouzoglou, founder of #AllForBlue give a seminar about sharks and the ocean plastic problem. She gave an ocean conservation & shark awareness seminar to over 50 school kids at the Sodwana Bay primary school, in South Africa.
-‘Who here knows what sharks eat?’ Katerina asked.
-‘Us!’ the kids shouted in unison. Off to a strong start…
However, as Katerina introduced her background, showing videos of her swimming and free-diving with sharks and even practicing tonic immobility to sharks in the Caribbean, you could feel the kids’ apprehension melt away into excitement, laughter and curiosity. Katerina spoke with such infectious passion and experience, that everyone was swept away with enthusiasm. It was beautiful to witness how she engaged the children. 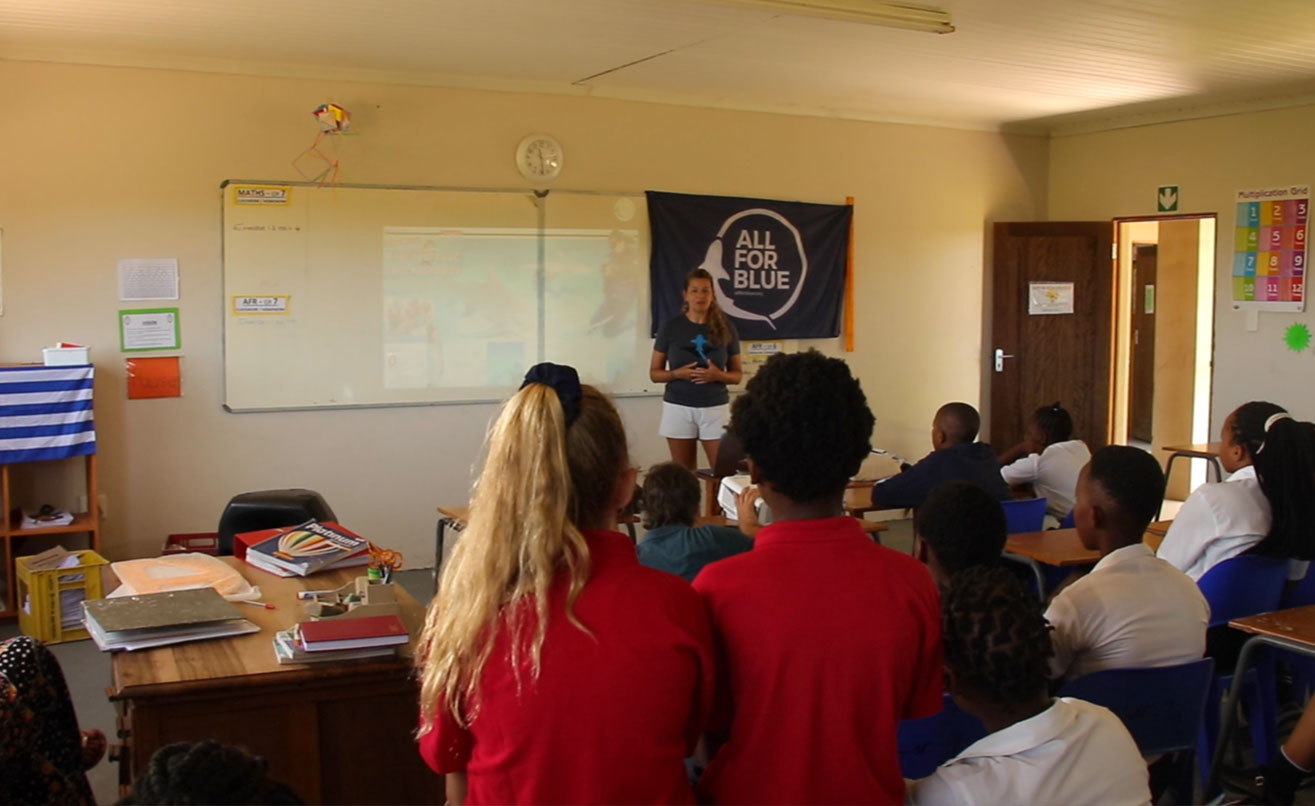 All children cheerfully copied the diving symbol for a hammerhead that Katerina showed by putting her fists above her eyes. They were then all waving and making shark fin shapes with their hands, above their heads. Glee was written across all of their faces. But then, their jaws dropped as Katerina revealed some videos showing the enormous scale plastic is covering beaches and the kids’ joviality shifted to intense focus, as they saw marine animals struggling in the plastic. It was clear these kids held a deep concern now, for the state of their oceans.

Then Katerina showed videos of global ocean clean-ups done by All For Blue team, portraying clips of eager children rushing to the beach to pick up plastic and point out where a motorbike was underwater! The kids in the school now looked inspired. She left the talk on a note of empowerment. 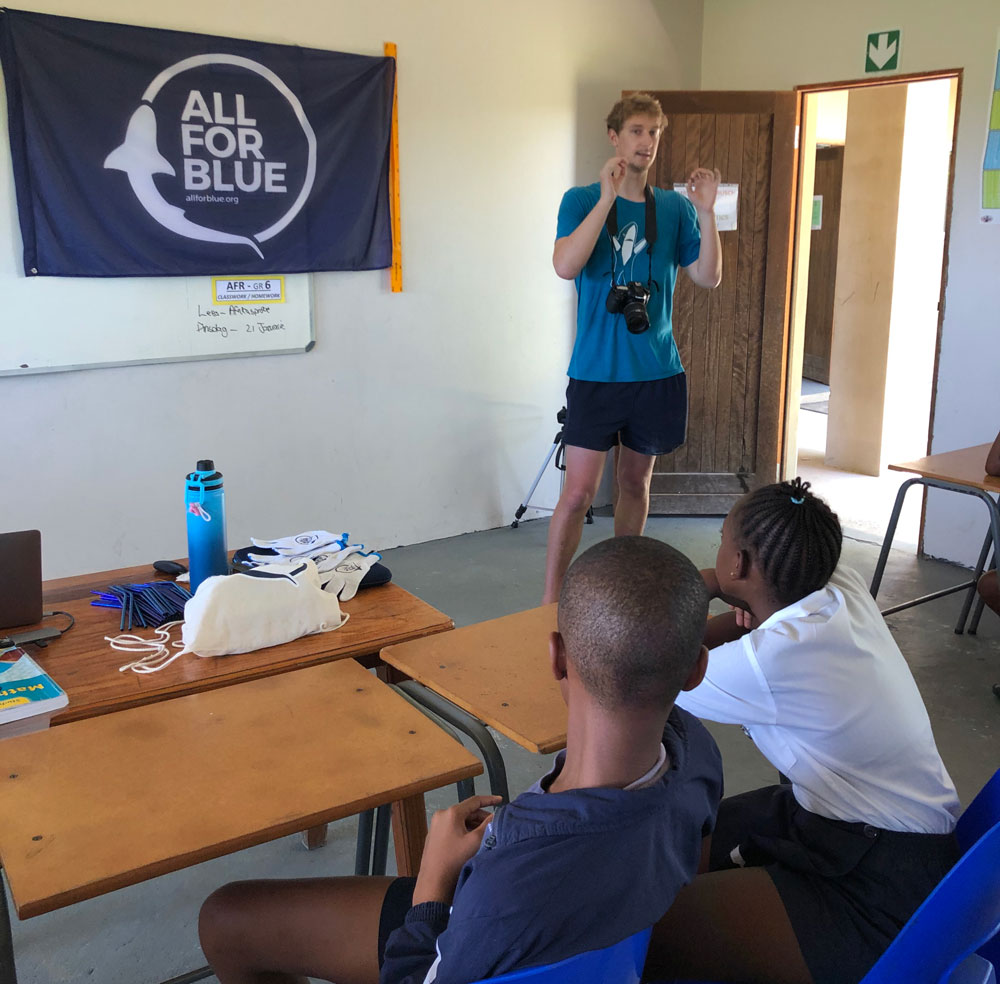 I felt extremely privileged to see how in under an hour, her passion for the ocean touched the heart of these children, and ignited a spark inside them. What was perhaps most striking was Katerina’s clear hunger and motivation to raise awareness and inspire the next generation. As she handed out her signature reusable metal straws and the whole class gathered for a photo with her, I left with the feeling, she had instilled in all of these children, that they too, have the power to make a difference.” 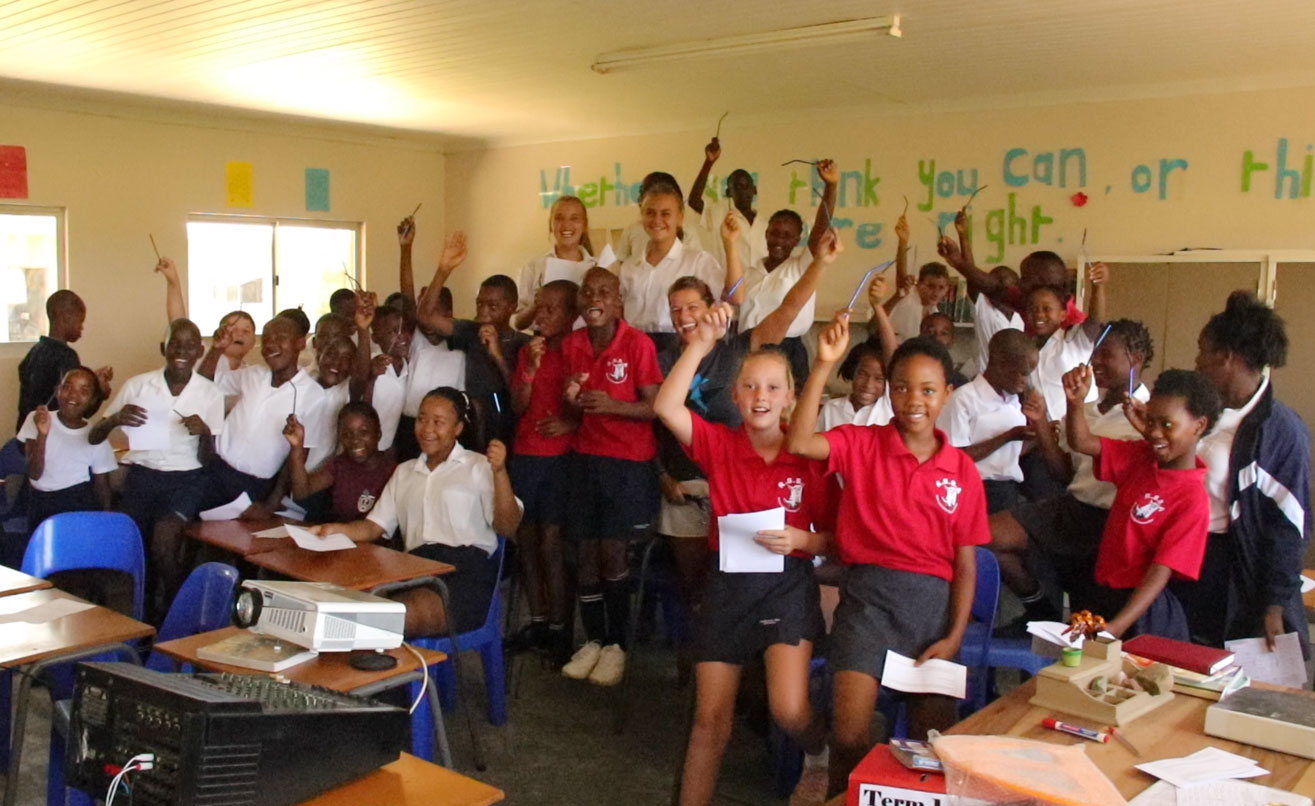