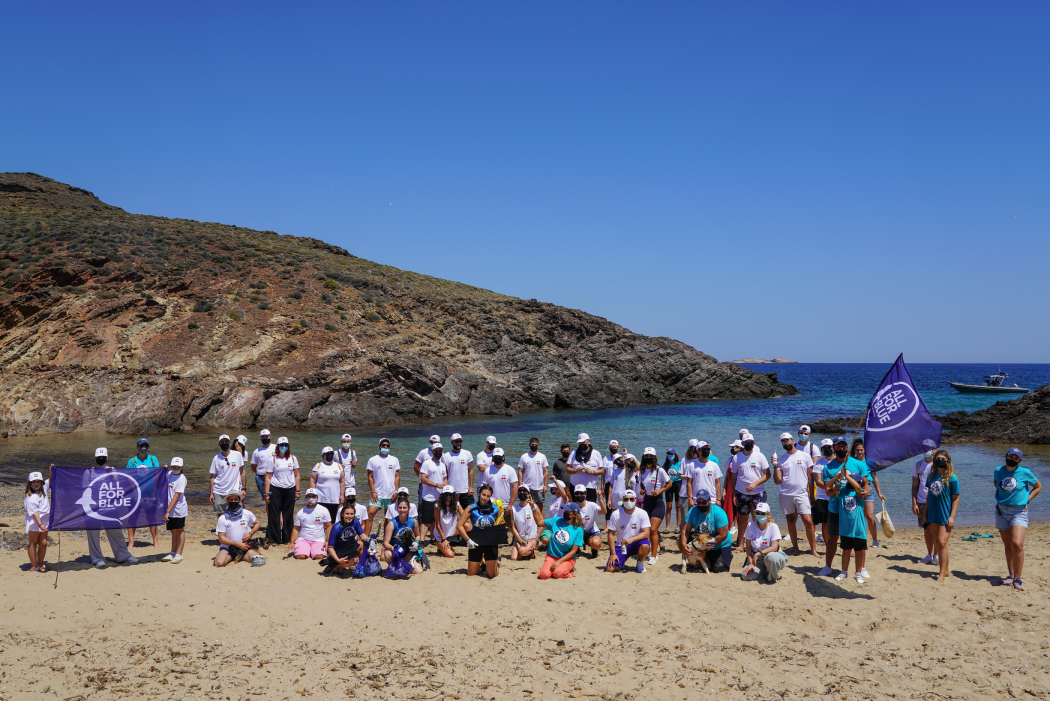 The spectacle we saw on Gialoudia beach in northern Mykonos – near Ftelia, troubled us. It may not be one of the most famous beaches of the cosmopolitan island, but it doesn’t cease to be one of the most beautiful. A beach for… a few, but with a lot of garbage due to its location, since it ends up in a lot of garbage and discarded objects that move easily in the sea due to the north winds and are collected at the seabed and the shore. 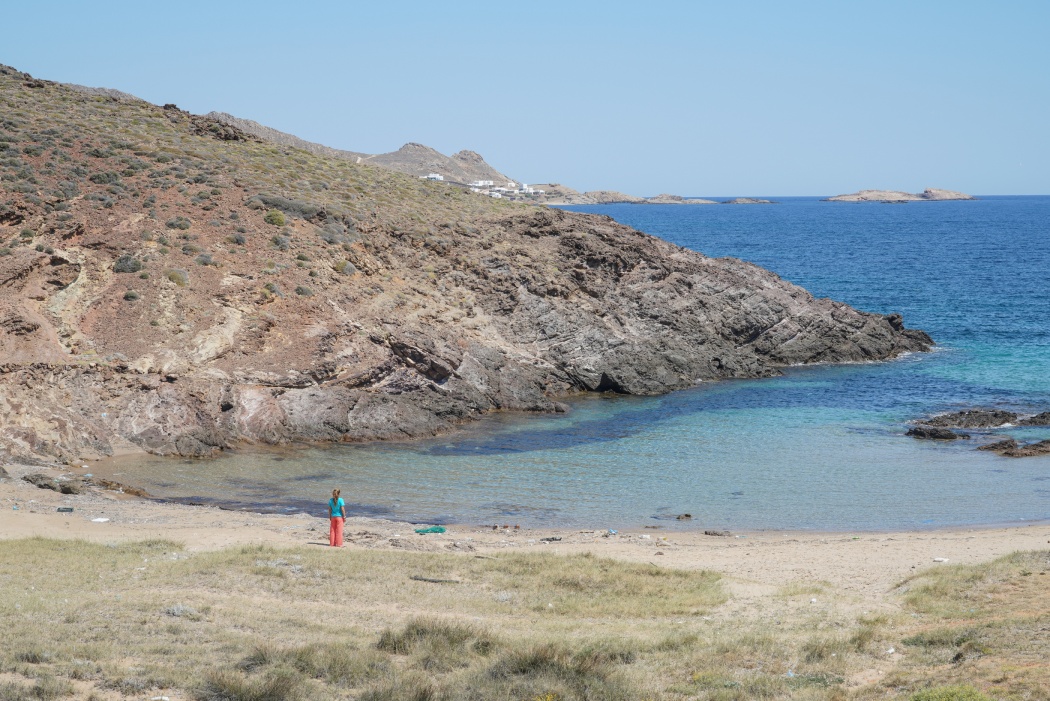 The occasion was the celebration of World Ocean Day, so that our team can focus on one of the most difficult, but at the same time exciting cleaning of Mykonos. Almost a tone of waste was the booty of our mission in just one hour of action. Nets, tins, damaged fishing equipment, plastic cups, pipes, broken concrete containers and useless building materials are what we managed to remove from the beach to deliver it to its visitors, now clean. 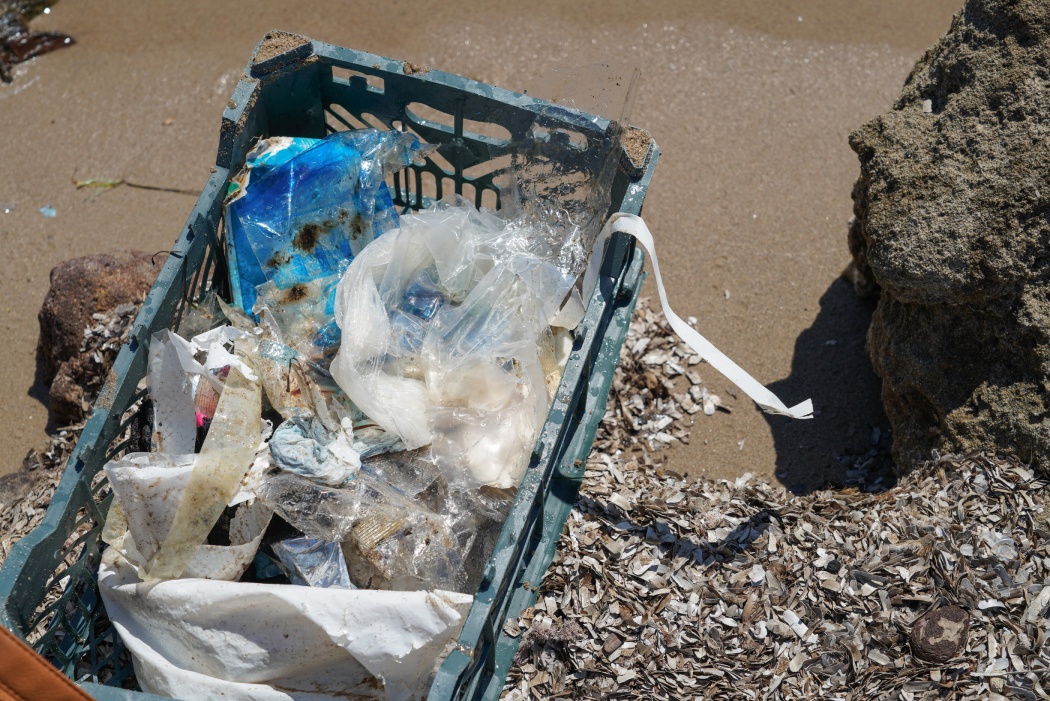 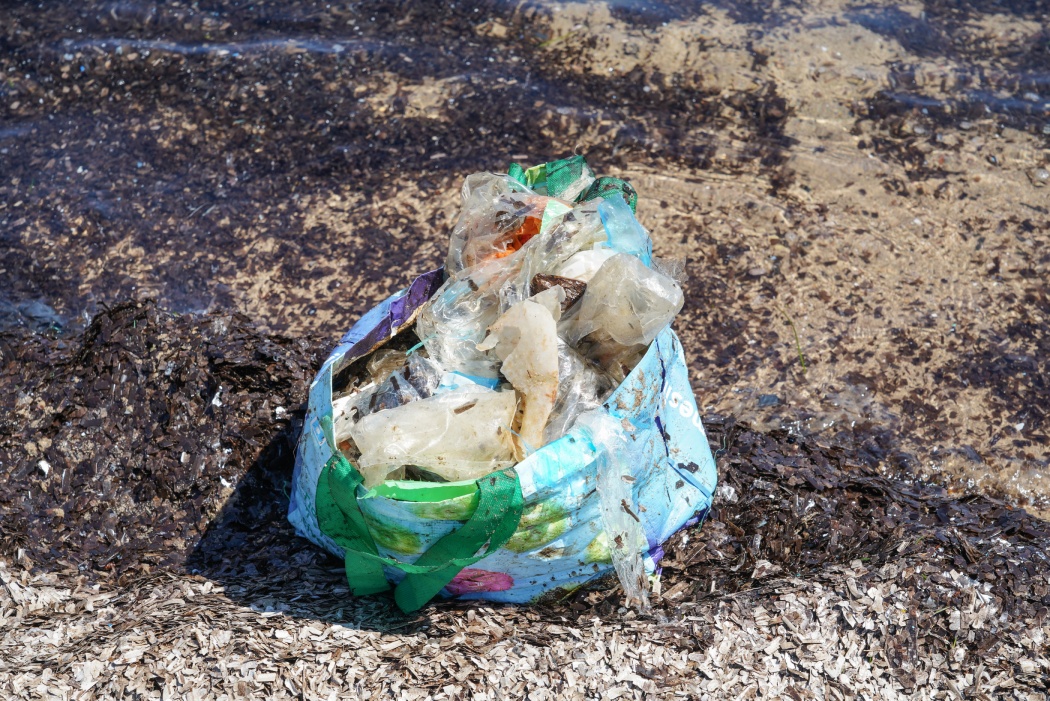 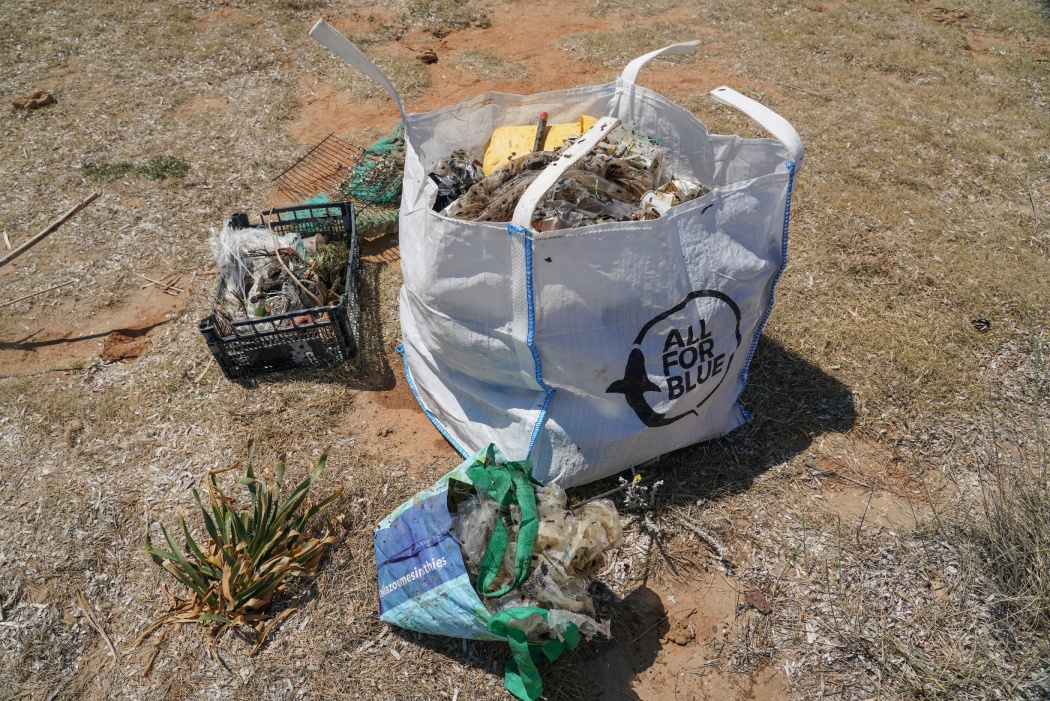 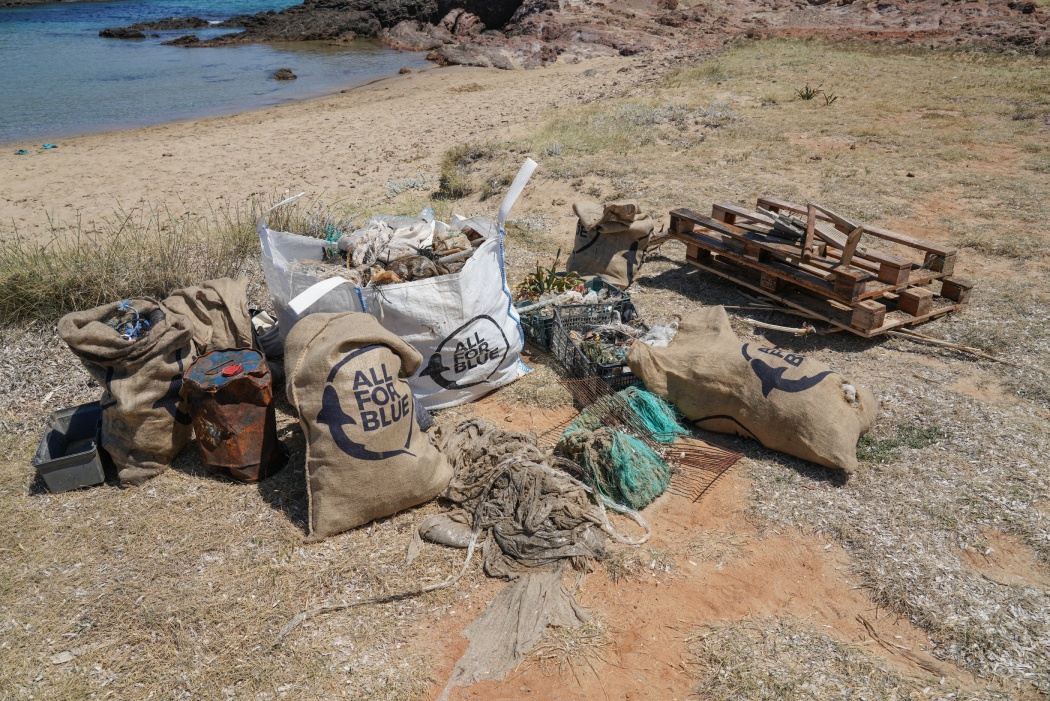 For this action on Gialoudia beach, we collaborated with the staff of the hotel Destino Pacha Mykonos of the Pacha Foundation, in order to successfully complete another “blue excursion” of All For Blue. Initially we held an informative seminar for the hotel staff on the protection of the marine ecosystem, presenting with image and sound, photos and videos our active action. We answered all their questions in detail, we talked with numbers and data, while we also informed them about the safety standards we follow and the safety protocols. Soon after, they willingly followed us on our mission, showing great interest, but also emotion on the issue of waste. 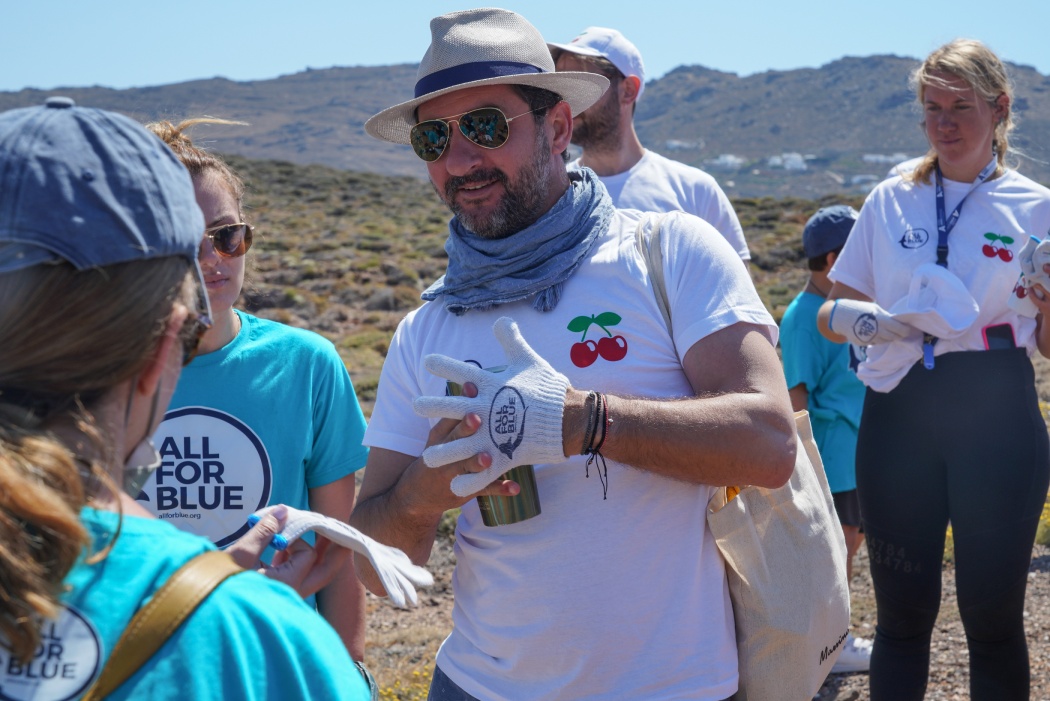 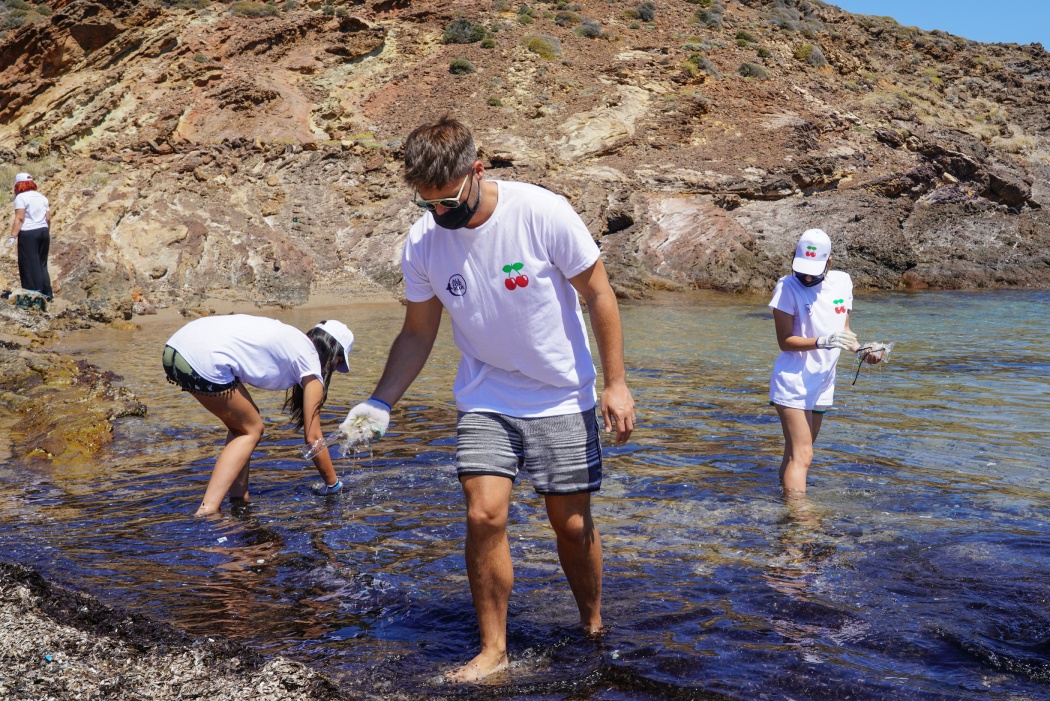 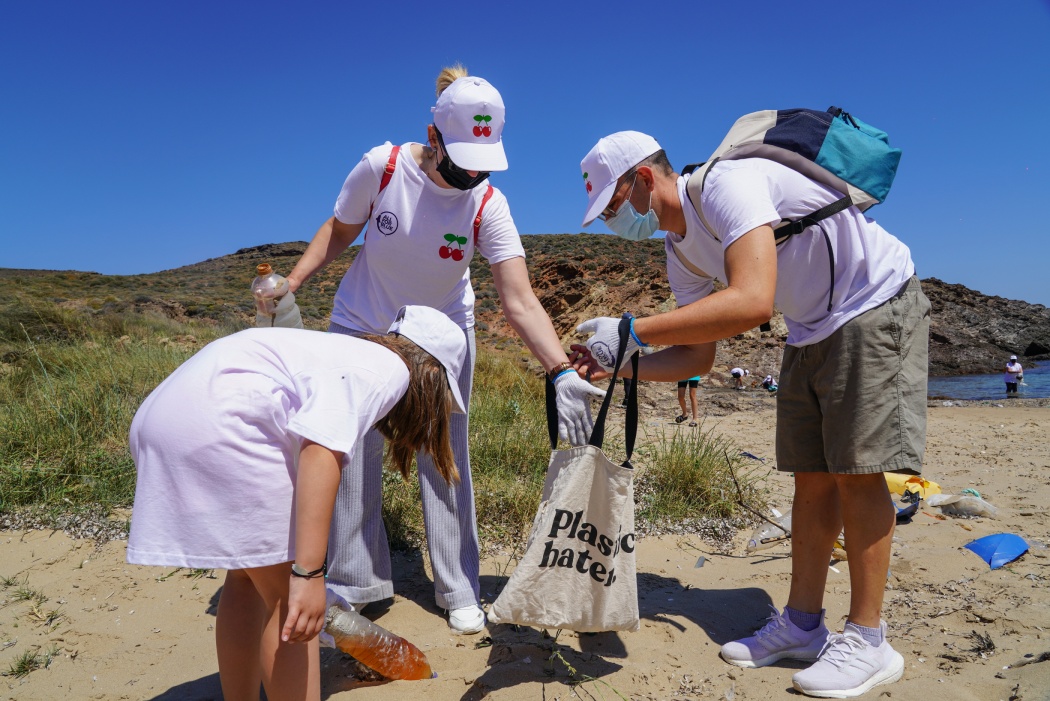 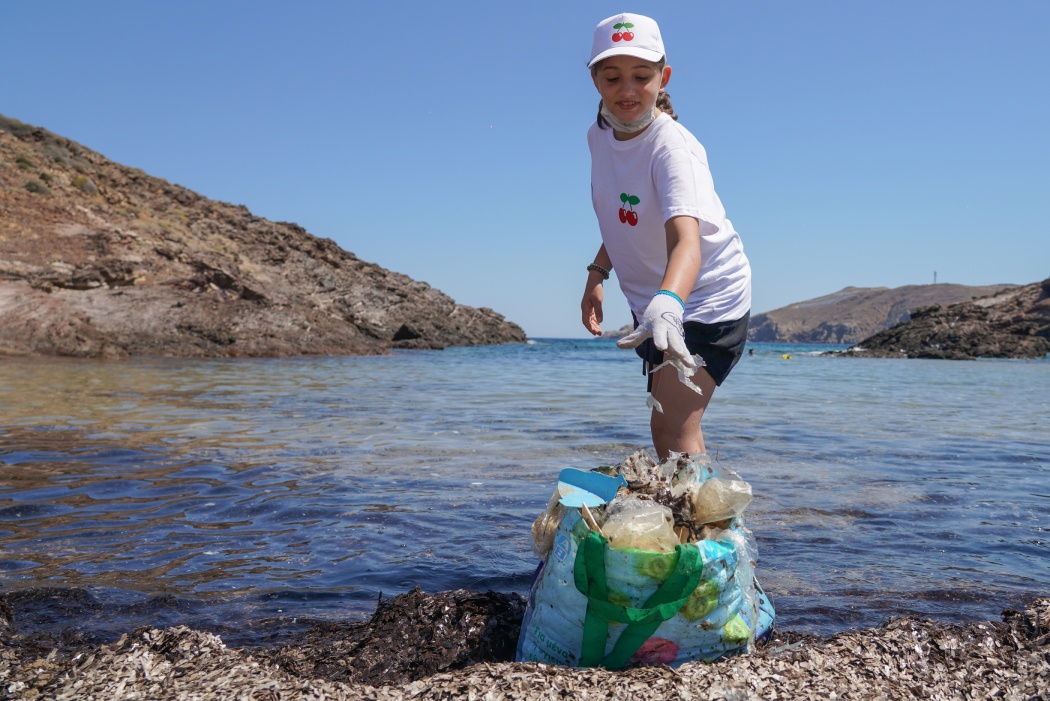 All of them received the necessary certificate – diploma for attending the seminar and all together, about 50 people together with the Team of the Organization and the protection of the Port Authority of Mykonos, we proceeded to underwater and coastal cleaning. George Manikas also took part in our mission with his son who was unnecessarily worried that we would not be able to clean the beach. 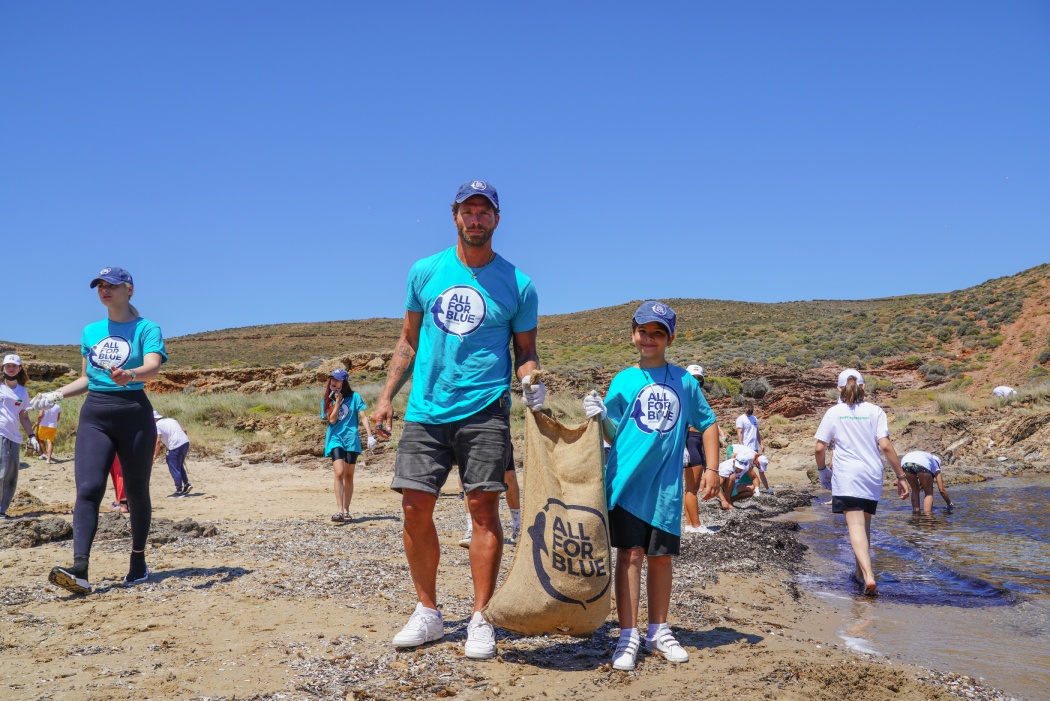 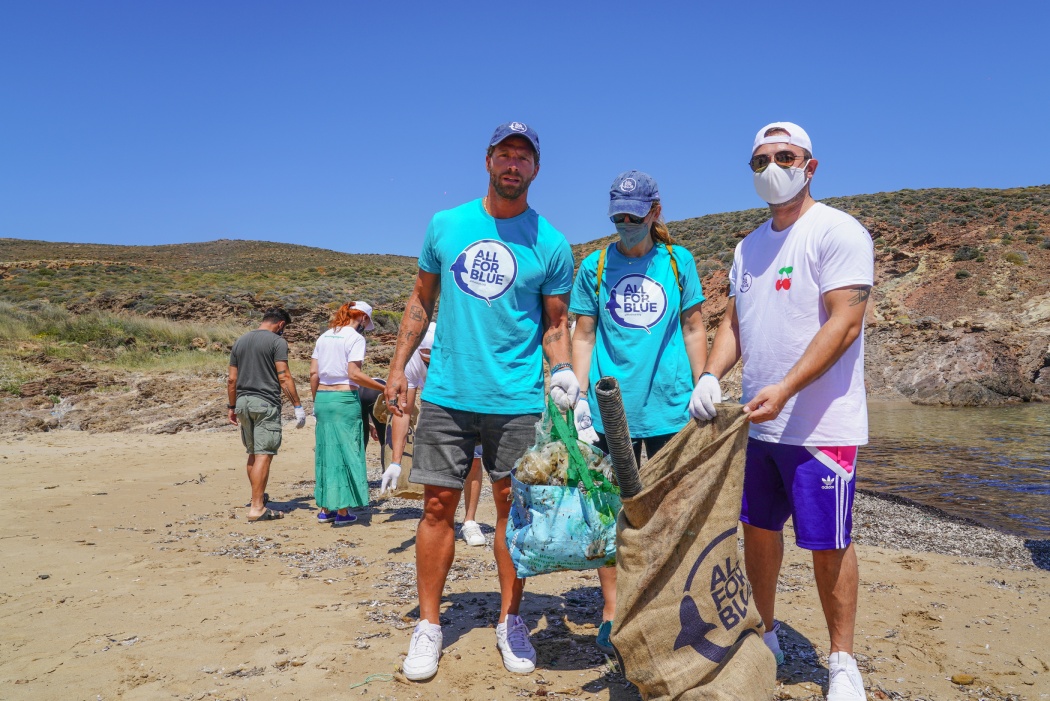 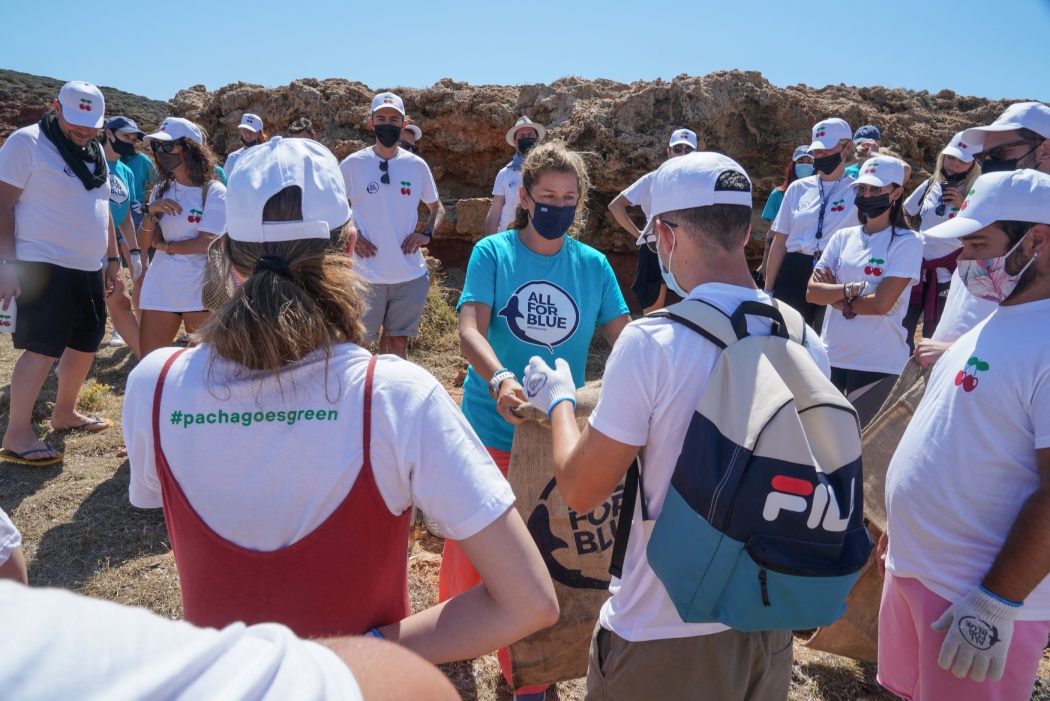 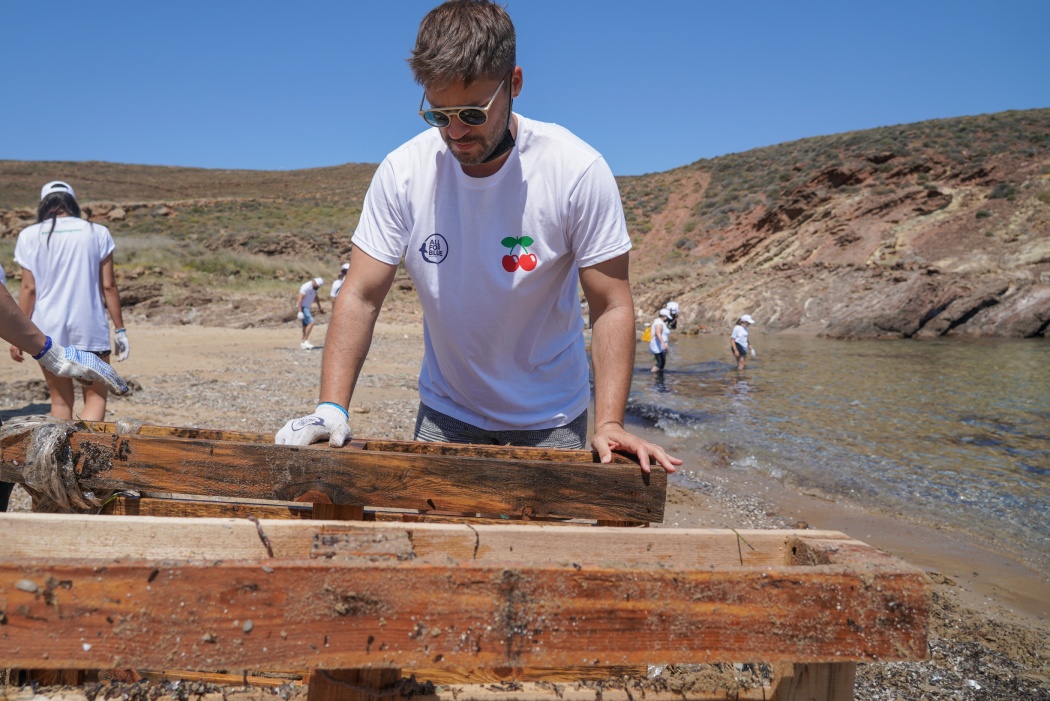 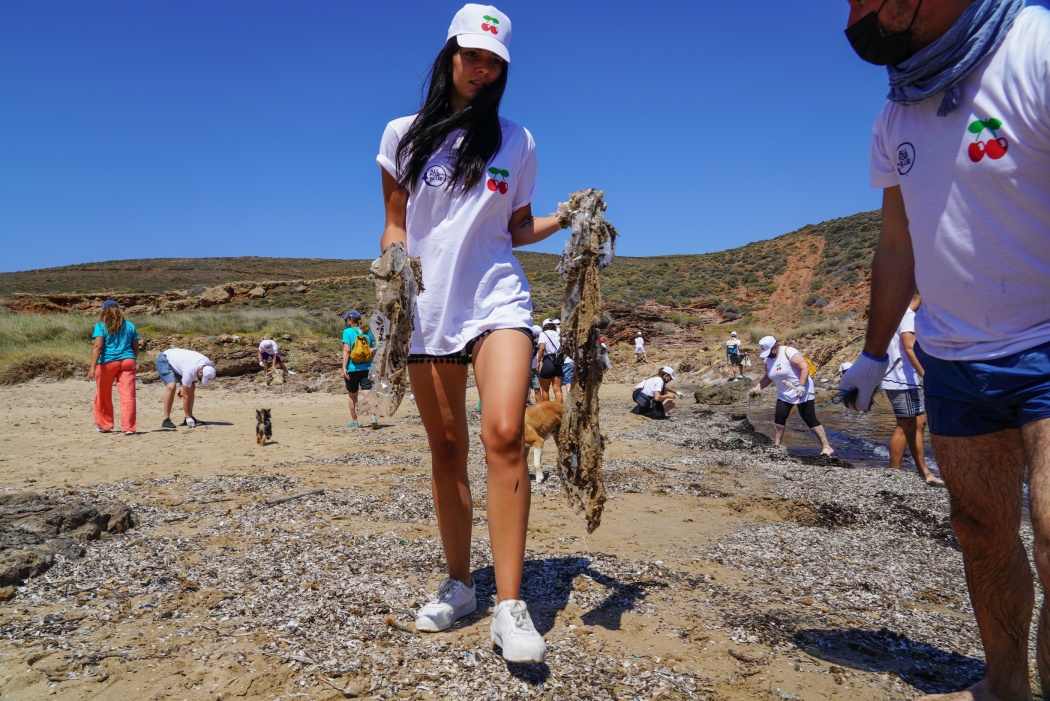 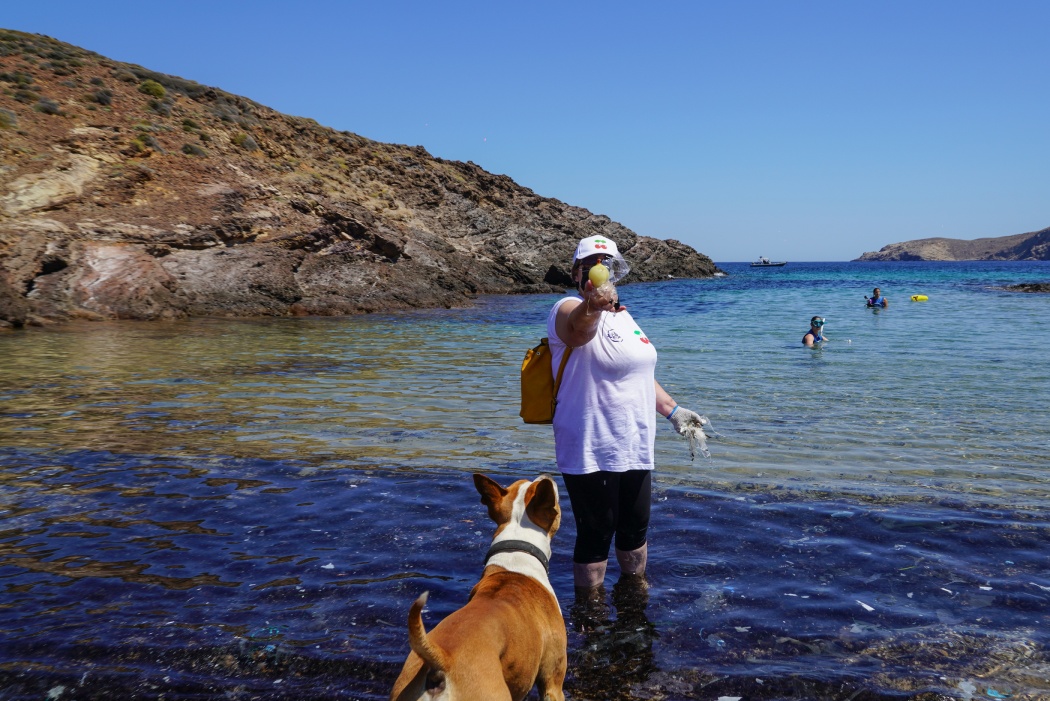 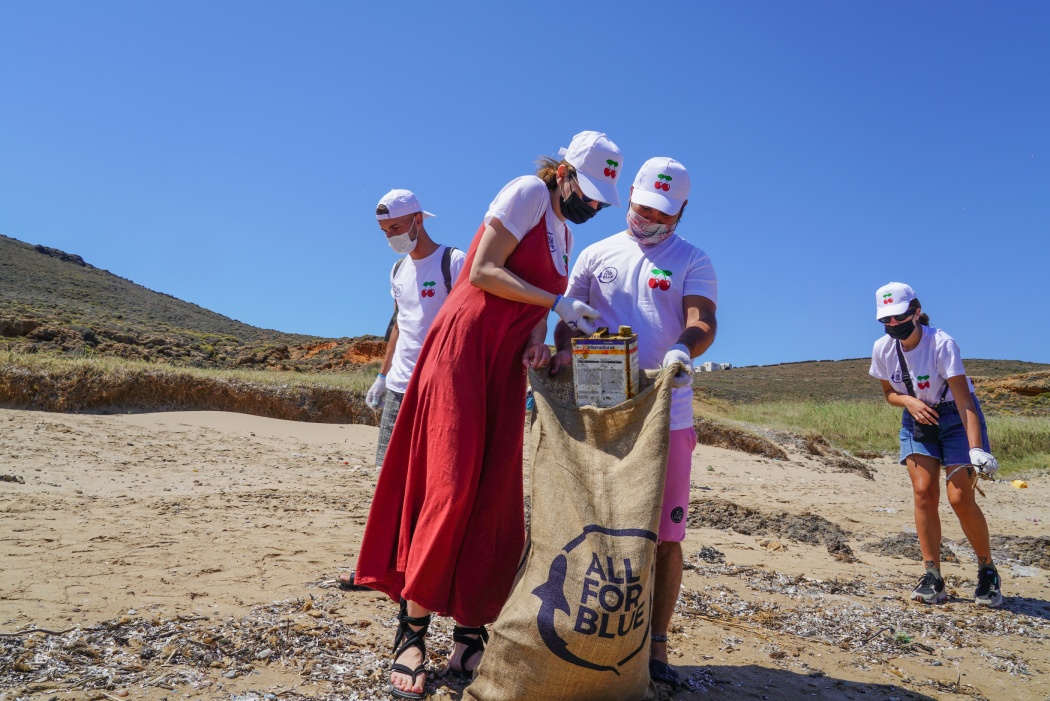