Six-year-olds make a party to save the environment! 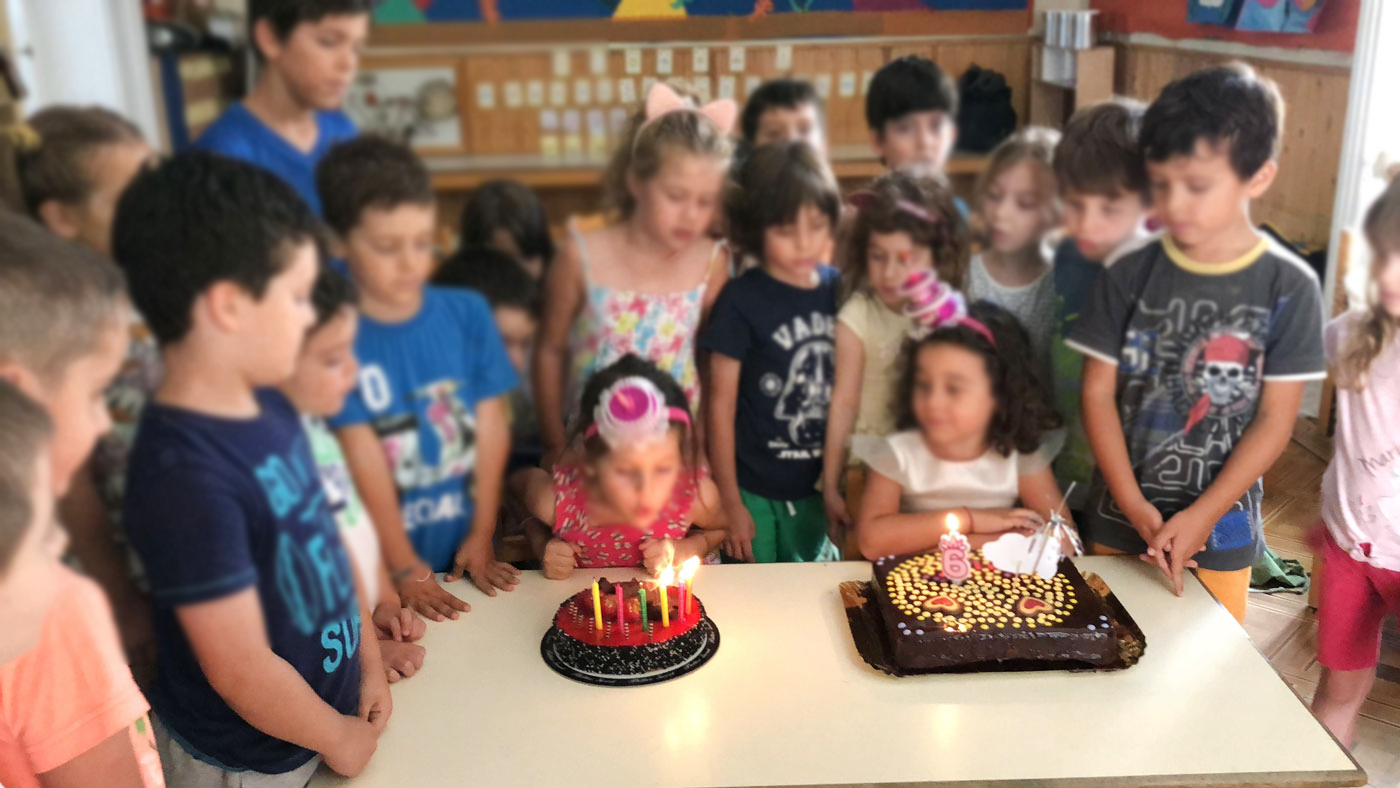 Two six-year-old girlfriends decided to celebrate their birthday with an experiential seminar to protect the marine ecosystem rather than a usual party. 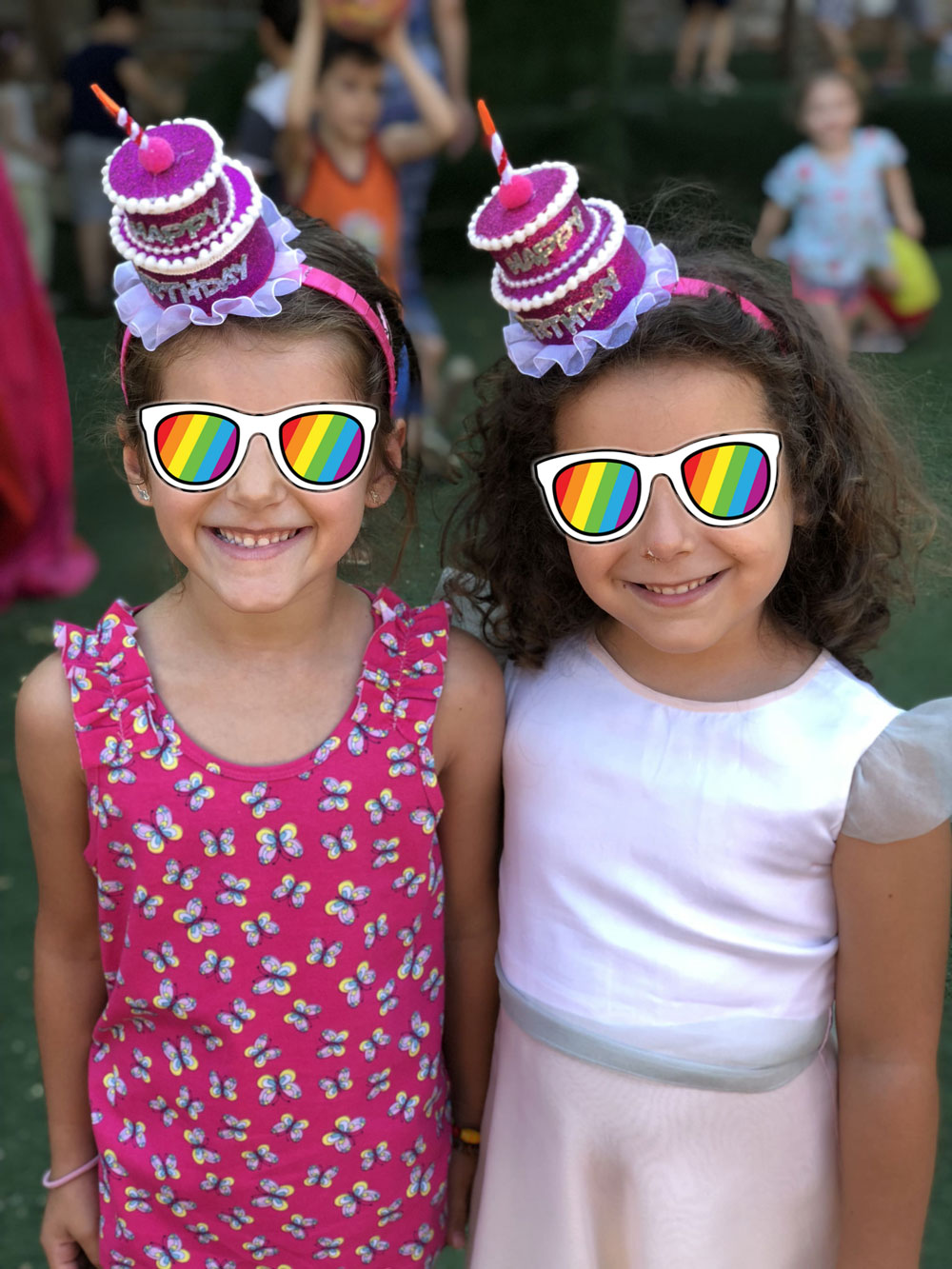 Artemis and Asimina had heard from their friends that they had a lot of fun with … “some seminars about ocean conservation” So they asked their parents to do such a seminar in their kindergarten and then all the children and the parents go to the beach for a cleanup.

For this special, two-day birthday celebration they chose All For Blue. We are honored!

The first day at the kindergarten “Gelasto Portokali” was full of information, photos and videos about the marine ecosystem, about what it can destroy and how we can save it and preserve it. Also ways of how to avoid plastics.

When we talked about how we remove marine creatures (such as turtles and seals) from the nets, the question that the children did to us was “Do you have a doctor’s suitcase with you?” … logical if you think we usually offer first aid to the trapped animals.

Students aged 4-6 were thrilled when they saw shark teeth in their hands but also when Artemis and Asimina gave them a gift from All For Blue, a stainless-steel straw. The day was over with a beautiful surprise made by girls’ girlfriends … a delicious cake and of course candles for their sixth birthday!

On the second day, along with students and parents, we went to Alimos Beach, where we co-operated with Mayor Andreas Kondylis and cleaned the beach with the help of the diving center Spyros Kartelias. 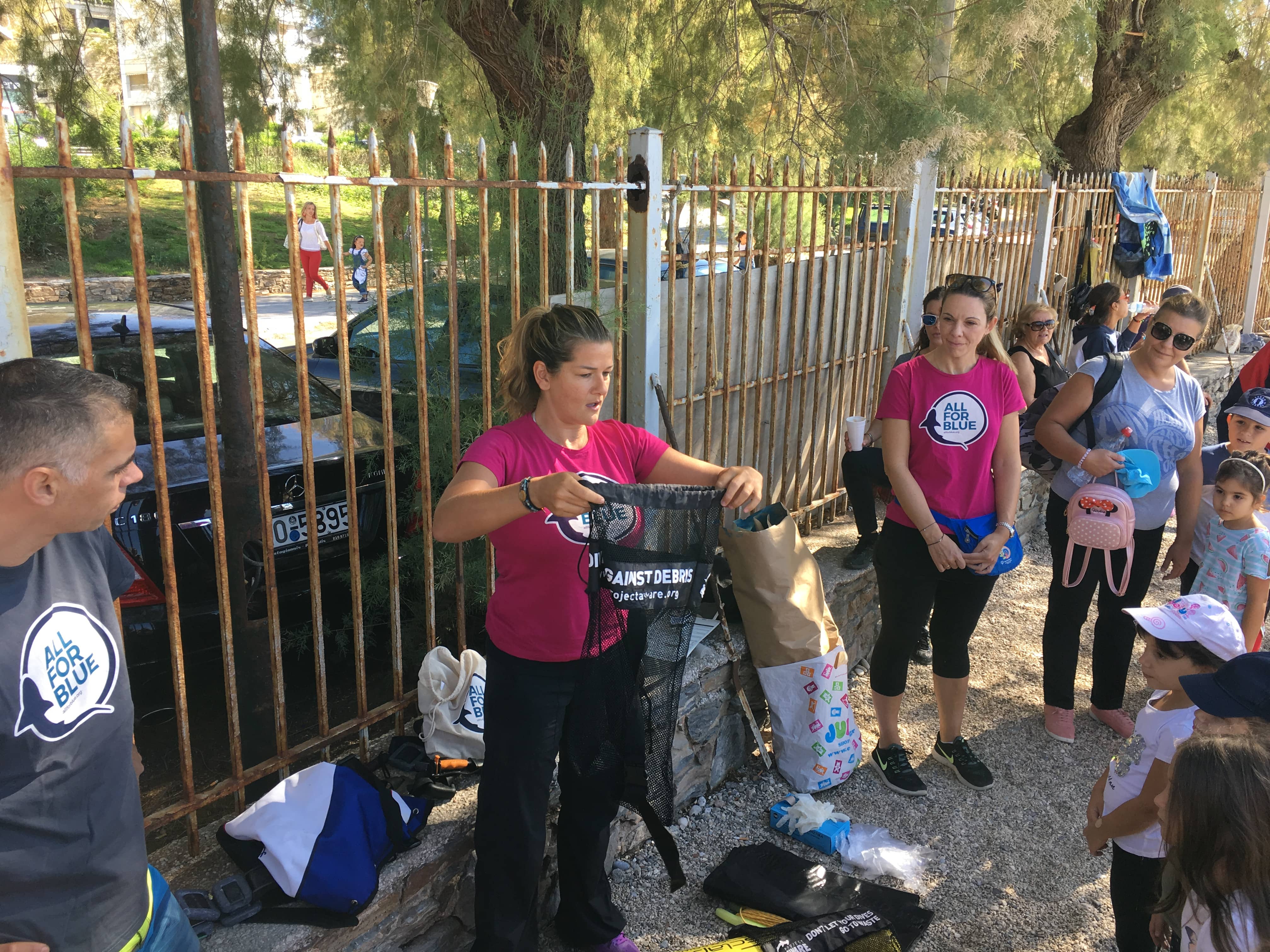 Hats, sunscreen, gloves and young children began collecting cigarette butts, bags, glasses and whatever else we found on the beach. The volunteer of the organization, Alexandra Vougiouka, was there to help them collect the garbage and weigh them.

The children were thrilled when the volunteers of All For Blue divers Dimitris Bouroutsidis and Barbara Paraskeva took a huge tractor wheel from the water and laughed when we told them that on other beaches we have even removed toilet bowls! 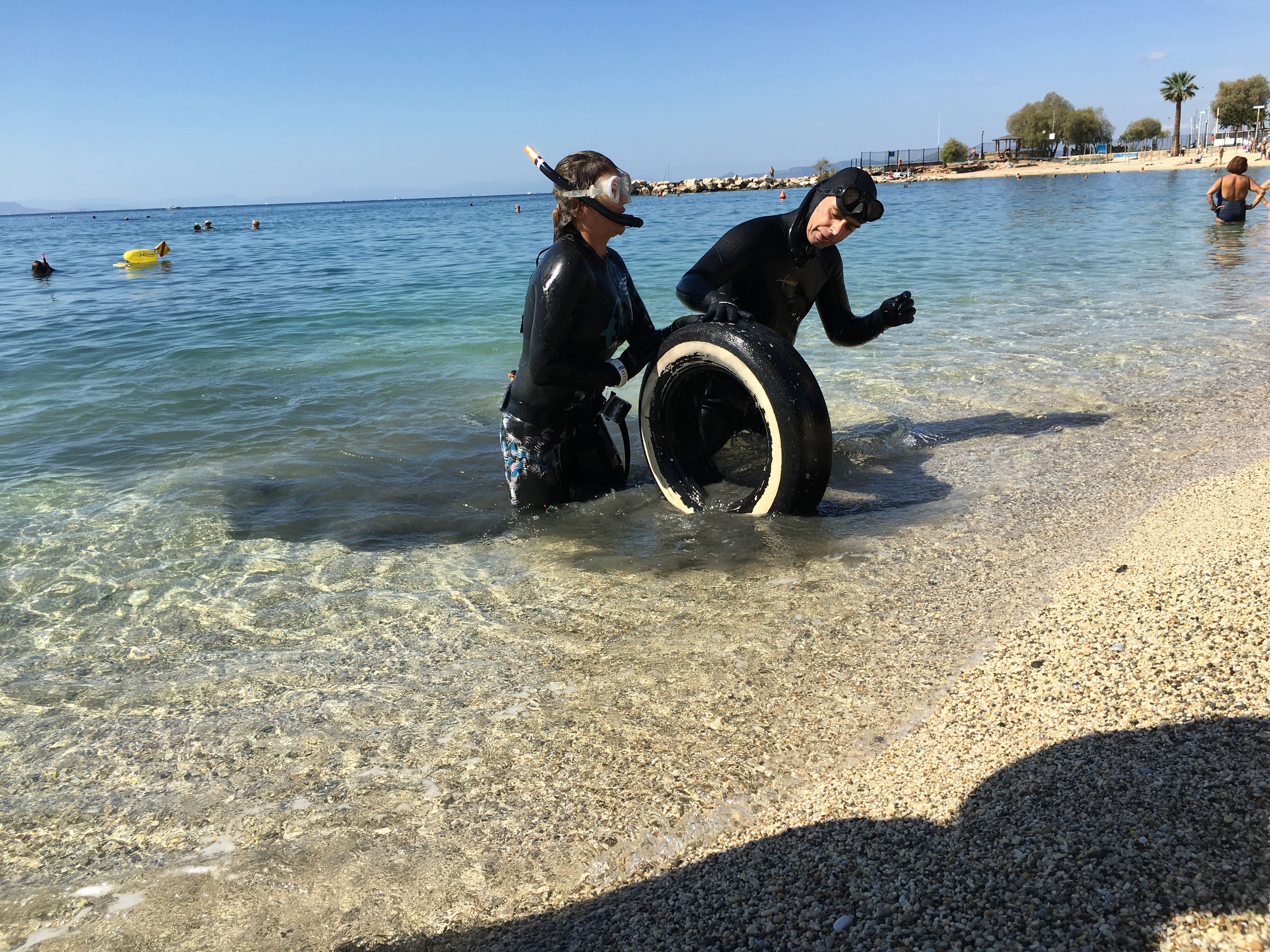 That’s where Alpha’s television camera met, and the reporter did not miss the opportunity to talk to the little ecologists who celebrated the original birthday of their friends in this original way! 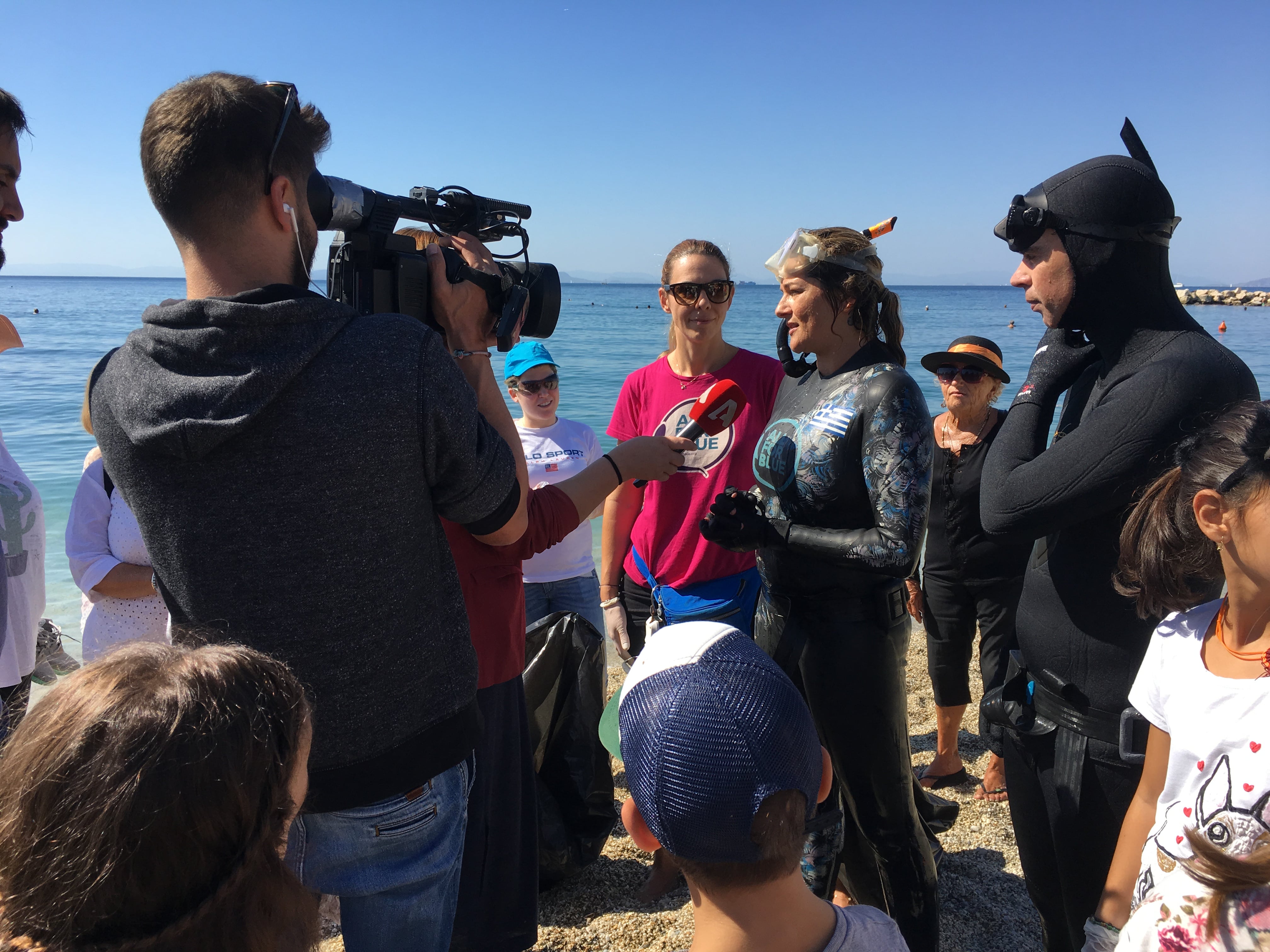 Beach and underwater cleanup at the beach of Alimos with Garnier