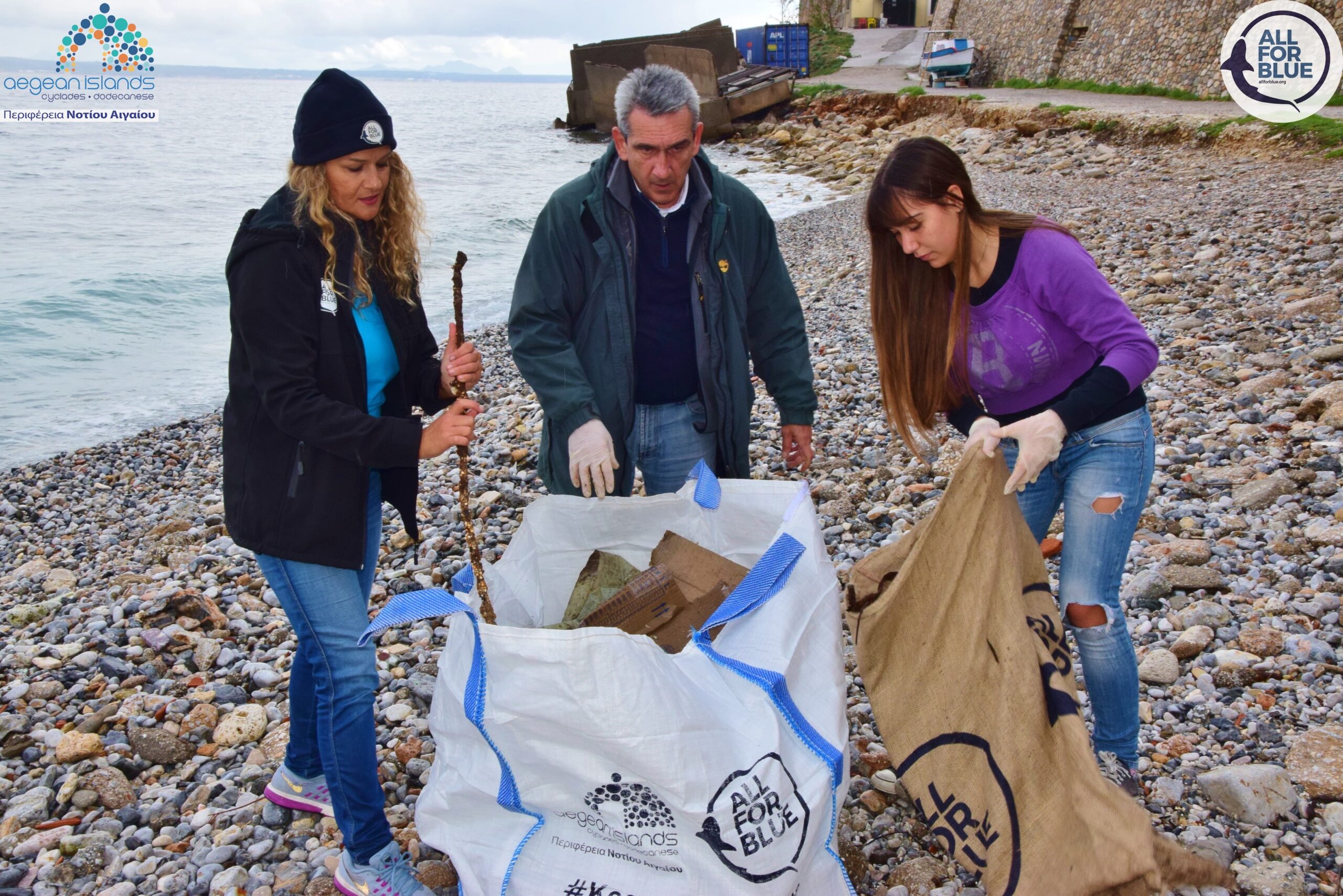 “When the last tree has been cut down,
the last fish caught,
the last river poisoned,
only then will we realize that one cannot eat money.”

Keep Aegean Blue action is a collaboration of All For Blue with the South Aegean Region and is the largest mission of educational seminars and beach and underwater cleanups, that has even taken place in Greece.

This genre finds absolute application to the island of fishermen and sponge divers, Kalymnos.
It is, of course, very difficult for the elderly to understand how much the ocean is at risk when their prime objective is fishing and diving. Fortunately, the younger generation, their children, getting stimulated and informed, are starting to become aware of and thus take over to “teach” and “guide” their parents.

I was impressed at the seminar with the precise questions of young children, as well as their comments and intense criticisms of environmental issues. Boys and girls were bewildered when they were convinced at the seminar about the effects of the unintended exploitation of by-catching and the contamination of the sea, especially from plastics. Students were troubled when they saw their idols like Yannis Sideris, a world spearishing champion, who every day removes trash from the sea. They even considered the topics of the seminar to be very interesting and asked for further information in order to make it a subject in the newspaper that publishes the school.

The sensitivity of the females to the protection of the environment is well known and proved to be an exciting experience on the beach, despite the bad weather conditions. The boys, as usual and on an island like Kalymnos, react to such actions. Only John, a student of the High School showed the way through a brief conversation that I had with him I realized that his family had worked hard in his education and his eco friendly sensitive character. I understood through my lens and the eyes of the children that a seed was planted which, under proper conditions, could become a hope for the planet.”