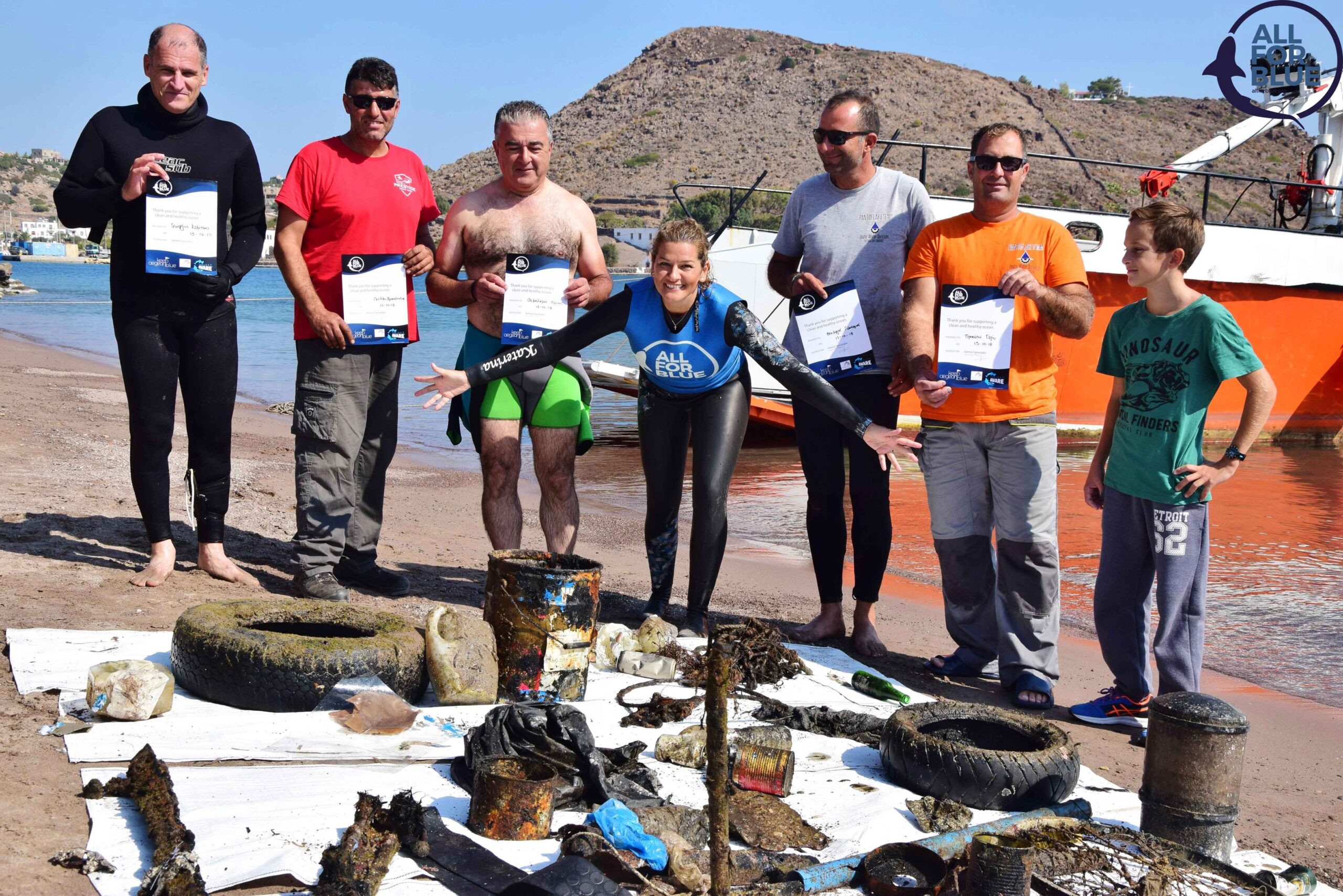 Bicycle, pots, pipes and a plastic cluster, totaling more than 150 kgs, was the “harvest” of the beach & underwater clean up that took place in Patmos during the environmental mission of #AllForBlue in cooperation with the South Aegean Region, “Keep Aegean Blue “. This is the biggest mission for underwater clean ups ever done as the team moves with motorboat and has already traveled hundreds of miles for its purpose.

Our “partners” in our action in Patmos island: 100 students from the High School of Patmos, the GEL, the EPAL and Ecclesiastical Lyceum and professional divers of the island, as well as citizens who are sensitive to the environment, such as the Chamber Chief, the shipbuilder Giorgos Kamitsis, the coordination of Mrs. Katerina Topouzoglou, founder of All For Blue organization, with whom the Region implements this mission.

Prior to the cleaning of the beach, a seminar was held, attended by students, on the importance of protecting the marine environment.
Katerina Topouzoglou, a free-diving instructor and world underwater target shooting champion, informed the students about the importance of misunderstood sharks and their contribution to maintaining and balancing the marine ecosystem, explaining that, unlike the fear that has been cultivated, sharks have not in their menu the human meat. They are very important for the environment and we must fight for their protection. Each year, 100 000 000 sharks are killed and this has a direct impact on the marine ecosystem. Recently, a survey was published which says that by 2048 we will have more trash at sea than fish. For this reason, it is important to overcome the sharks’ prejudice, as it has been said, if we want to save our seas.
It is worth mentioning that the mission “Keep Aegean Blue”, has attracted the interest of the greek media in several tv programs where Mrs Topouzoglou appeared which characterize it as the largest mission of underwater cleaning in Greece.
The program of actions of this initiative, implemented in cooperation with the Organization for the Protection of the Marine Ecosystem, “All For Blue”, continues with the following stations: Leros, Kalymnos, Kos and Rhodes. There will be Cyclades islands too.
The environmental mission “Keep Aegean Blue” includes
90-minute seminar about the Ocean Conservation and shark awareness, in consultation with the Directorate of Secondary Education of the Dodecanese, as well as beach & underwater clean ups in 9 islands, which are conducted with absolute security.

We sincerely thank the team from the professional diving boat “Pantoflaki” and Mr. Theoharis Giannaros 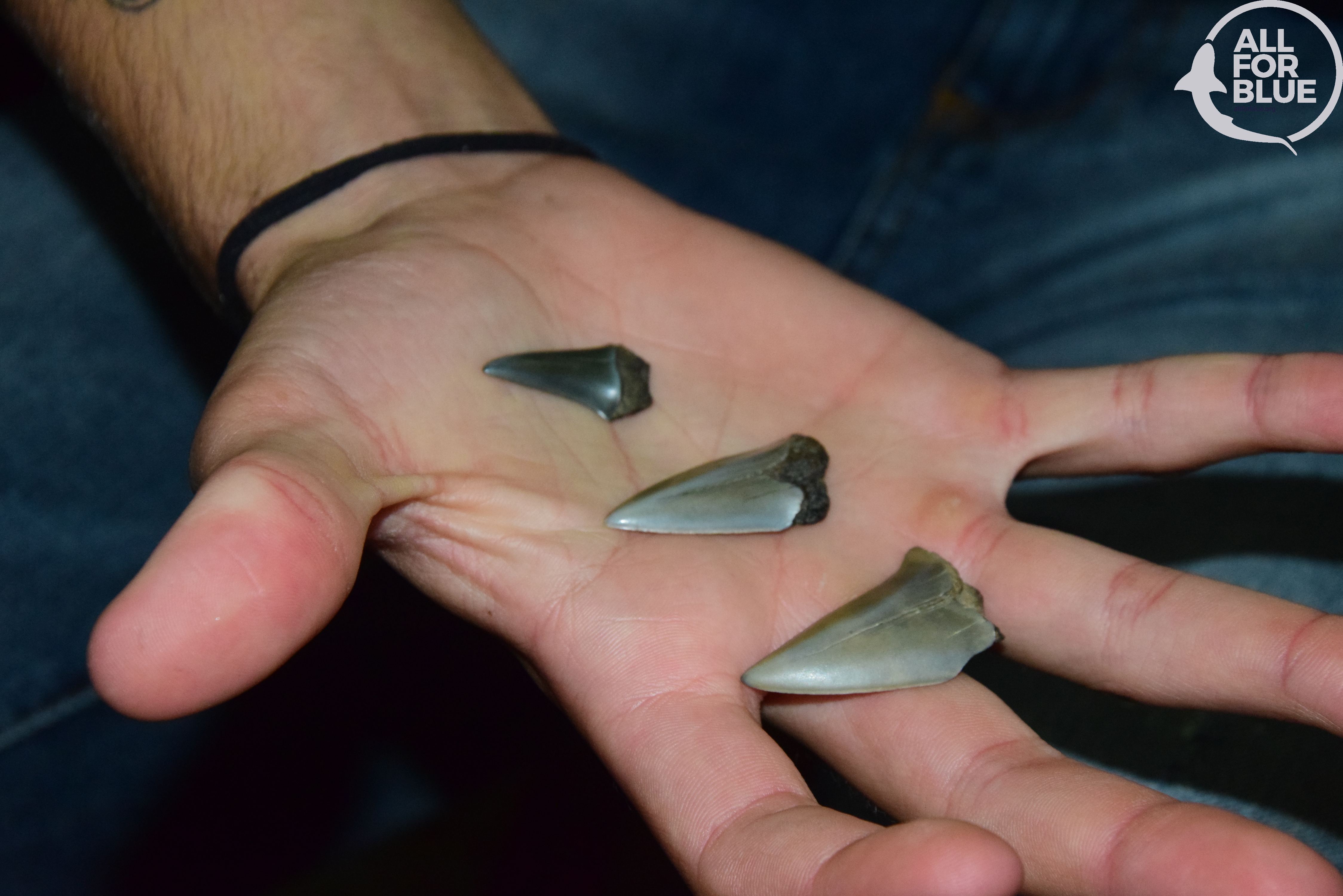 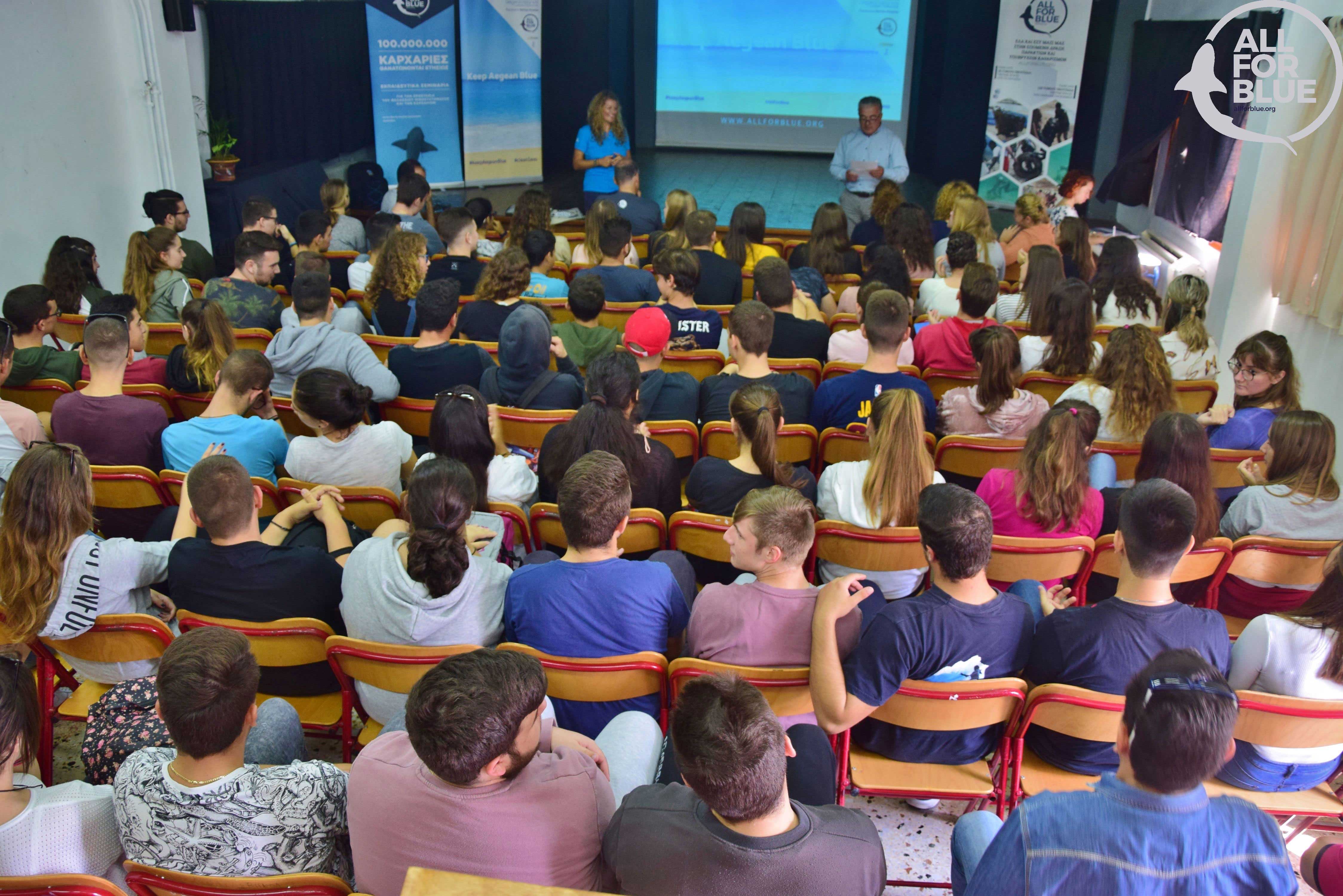 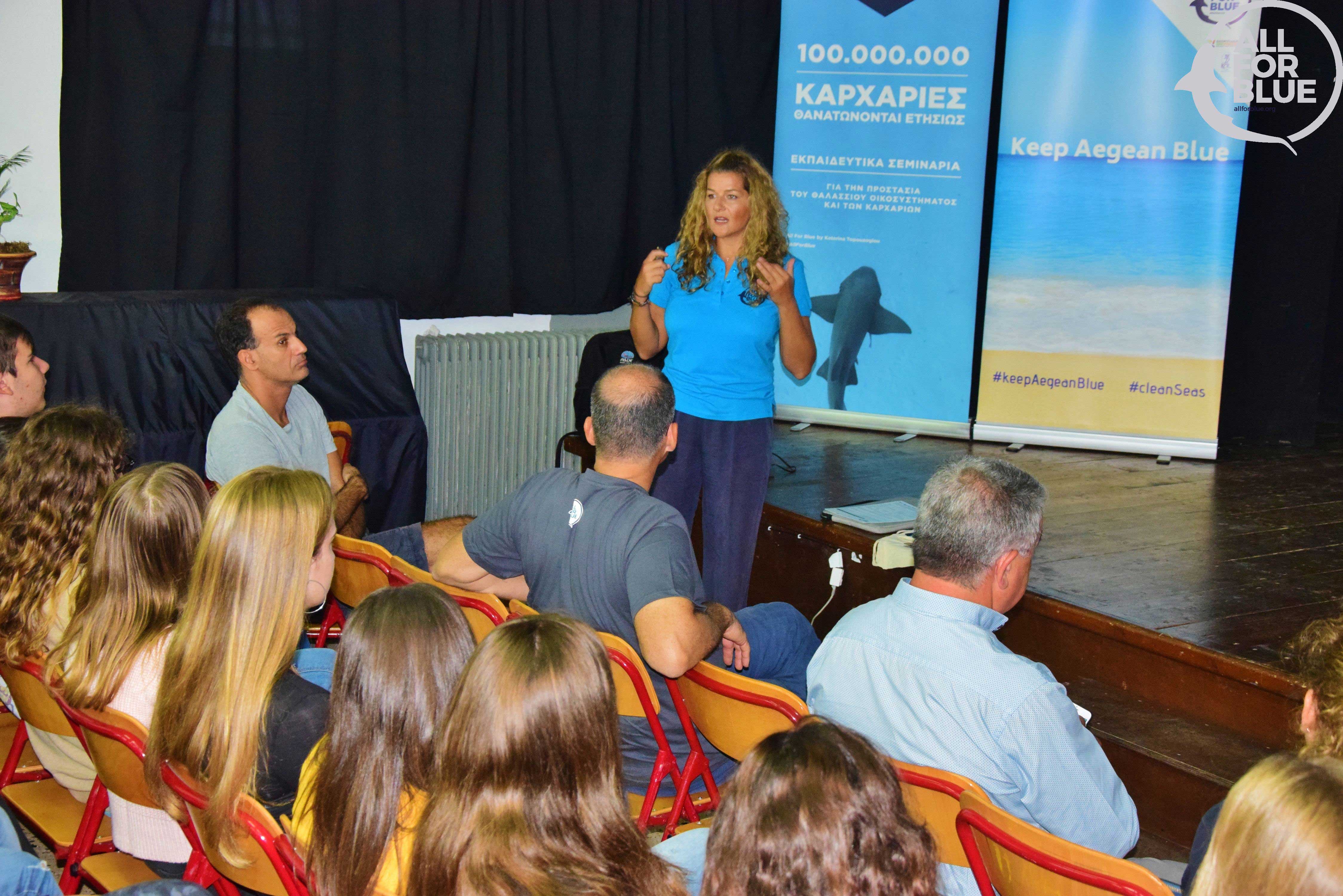 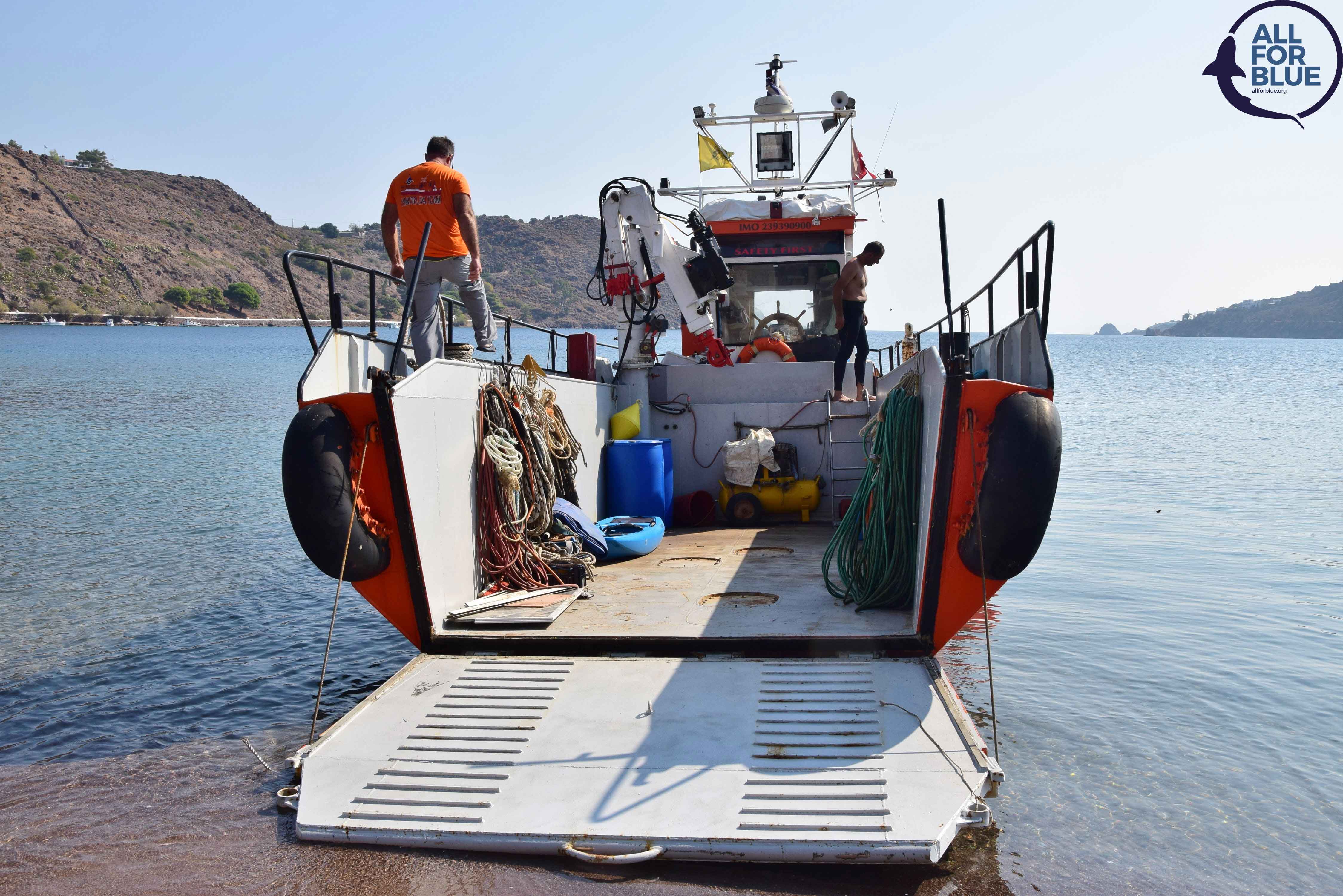 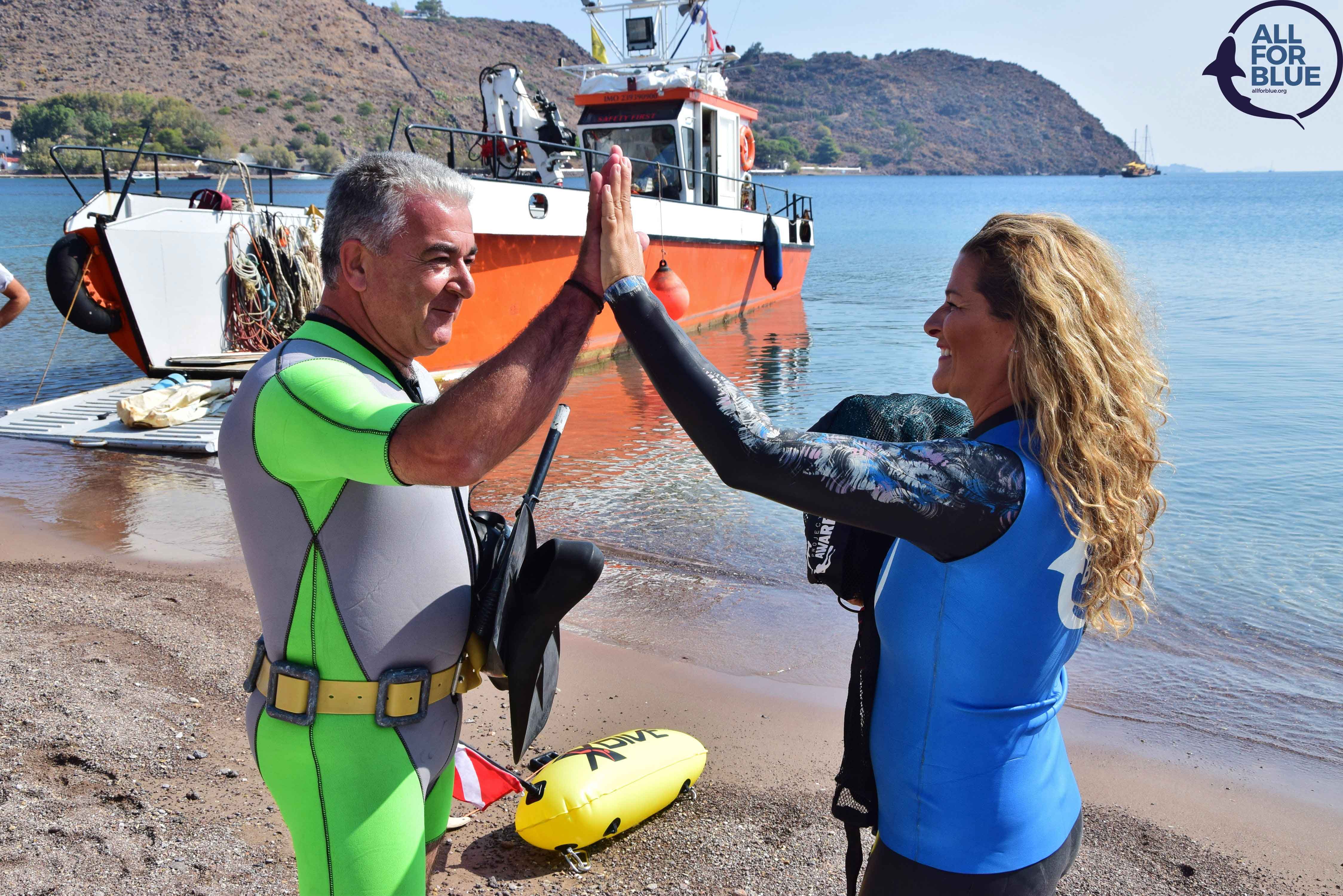 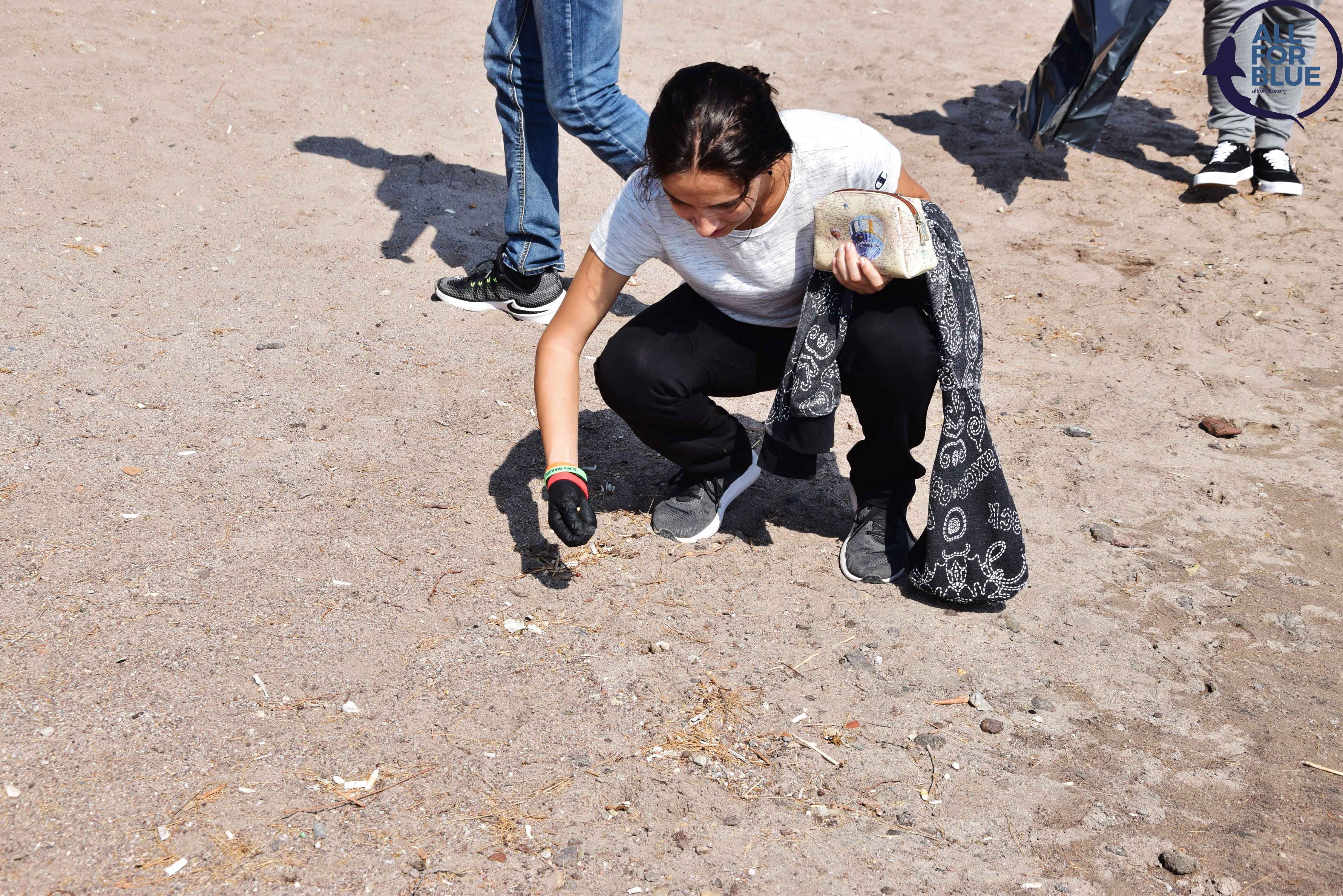 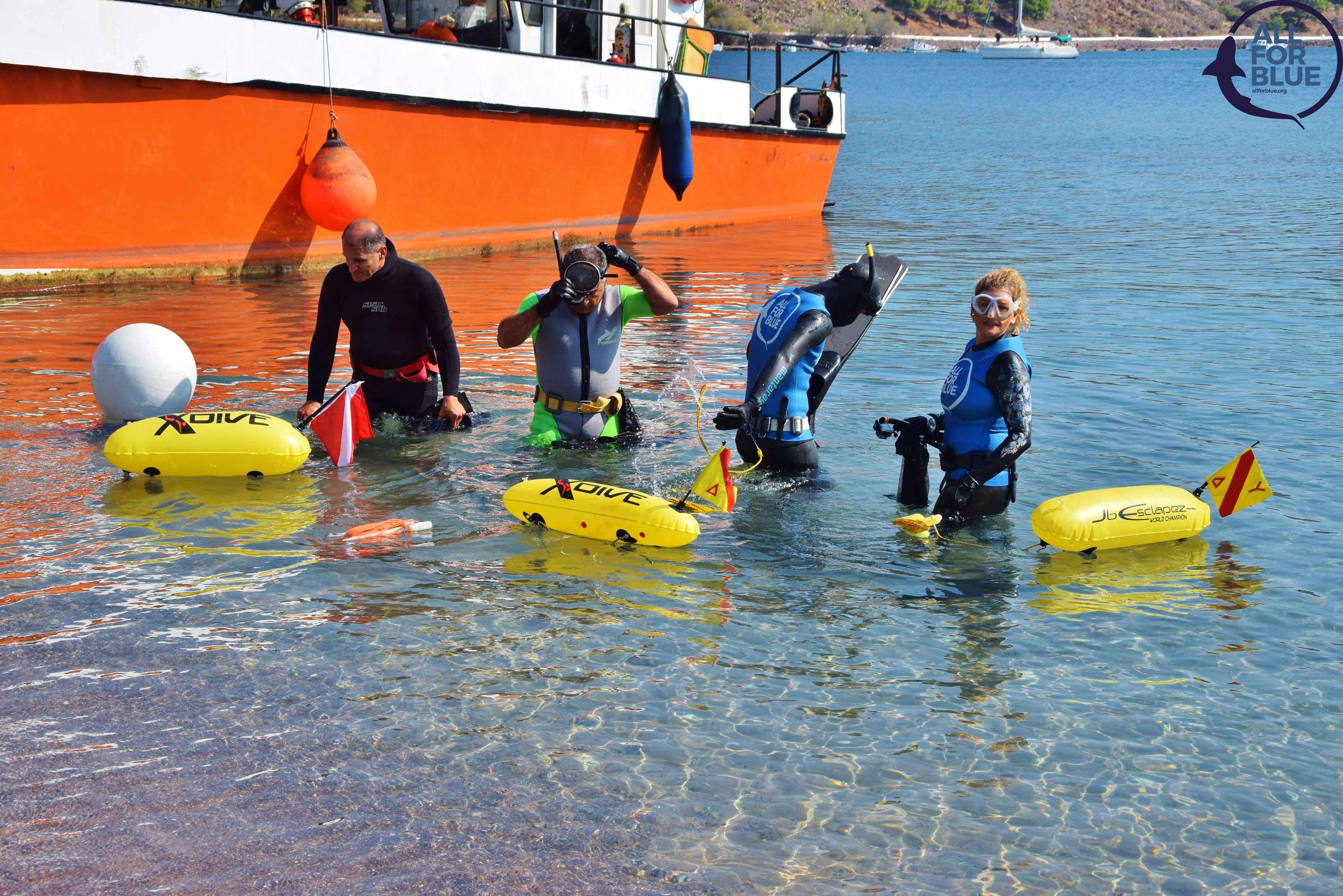 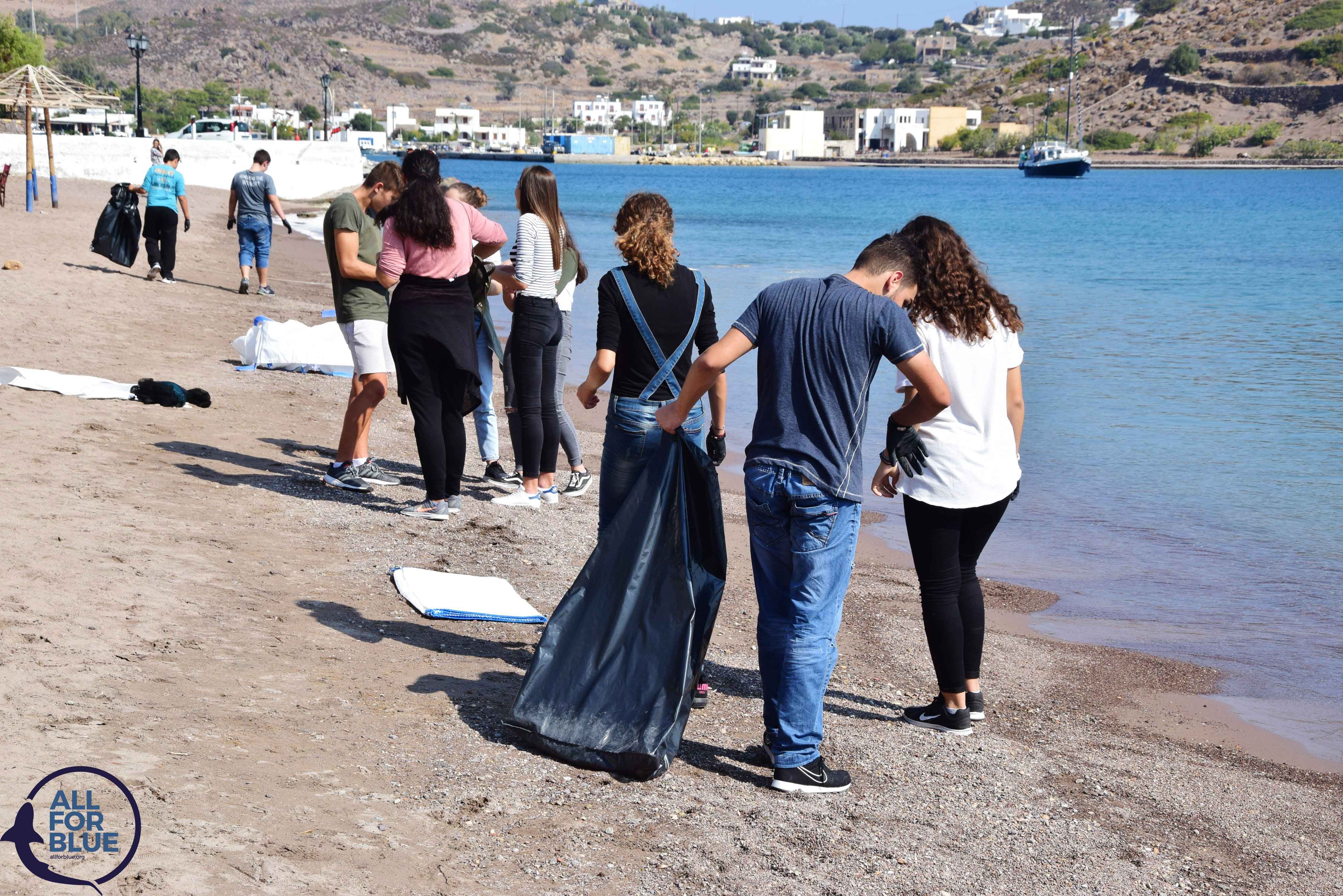 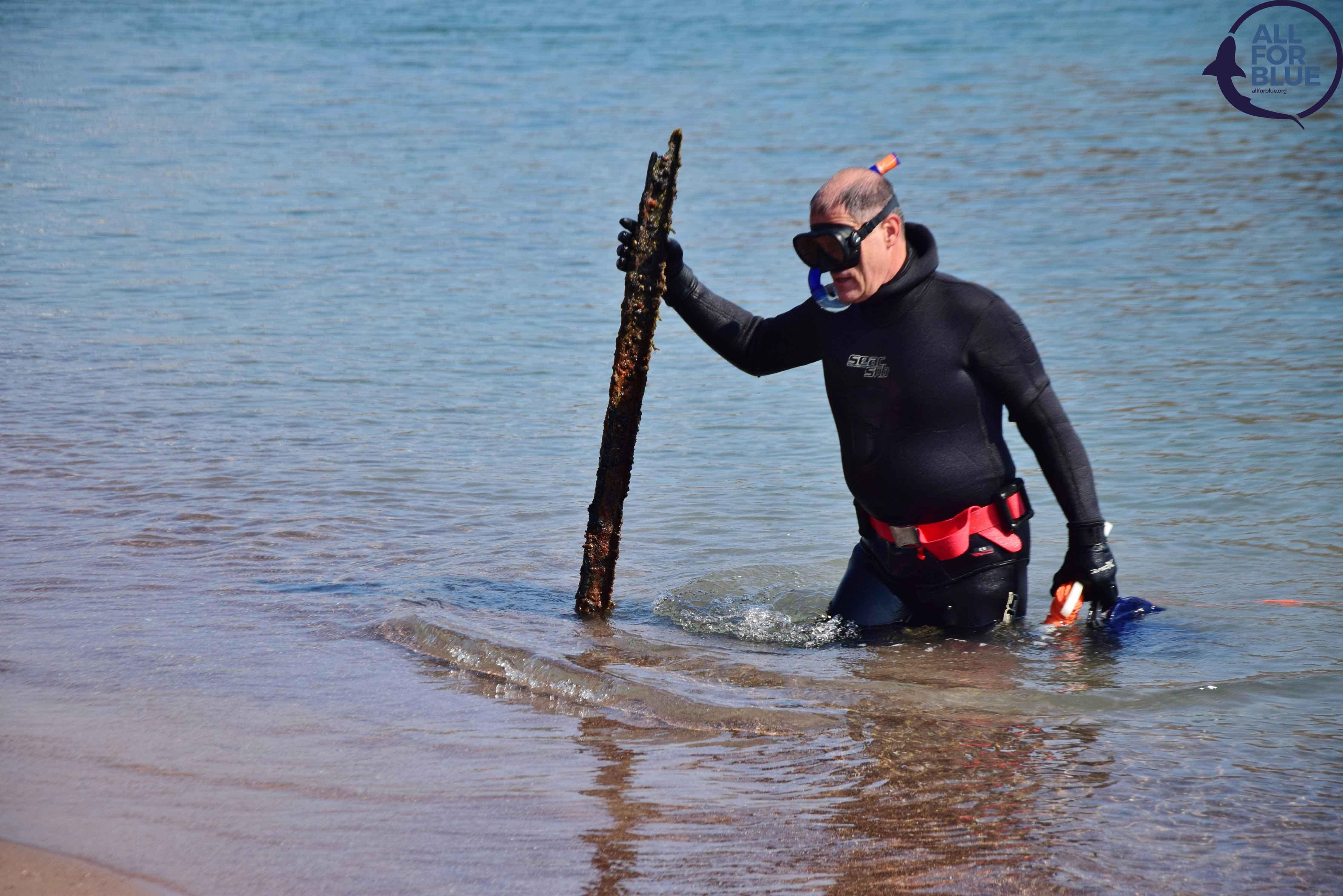 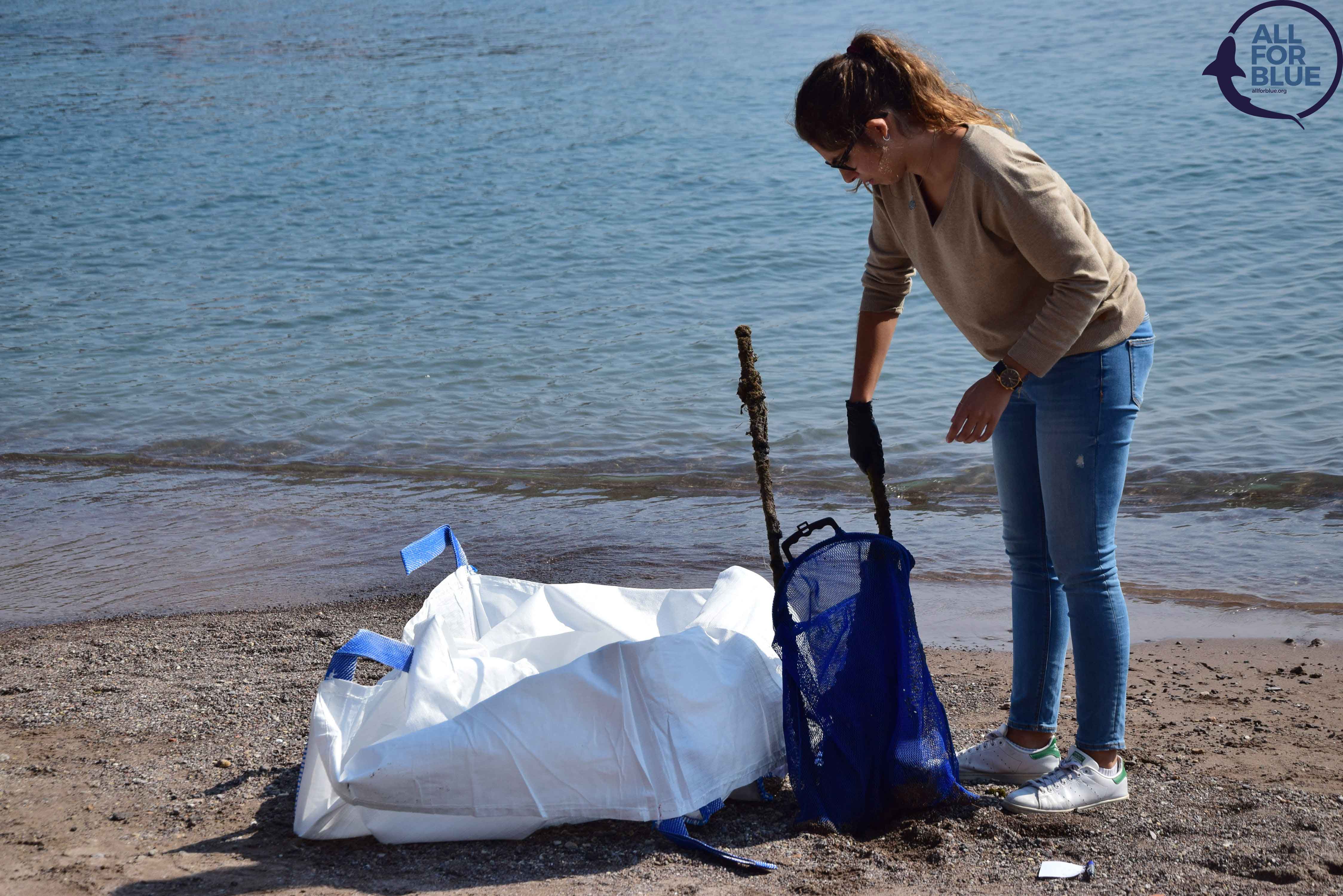 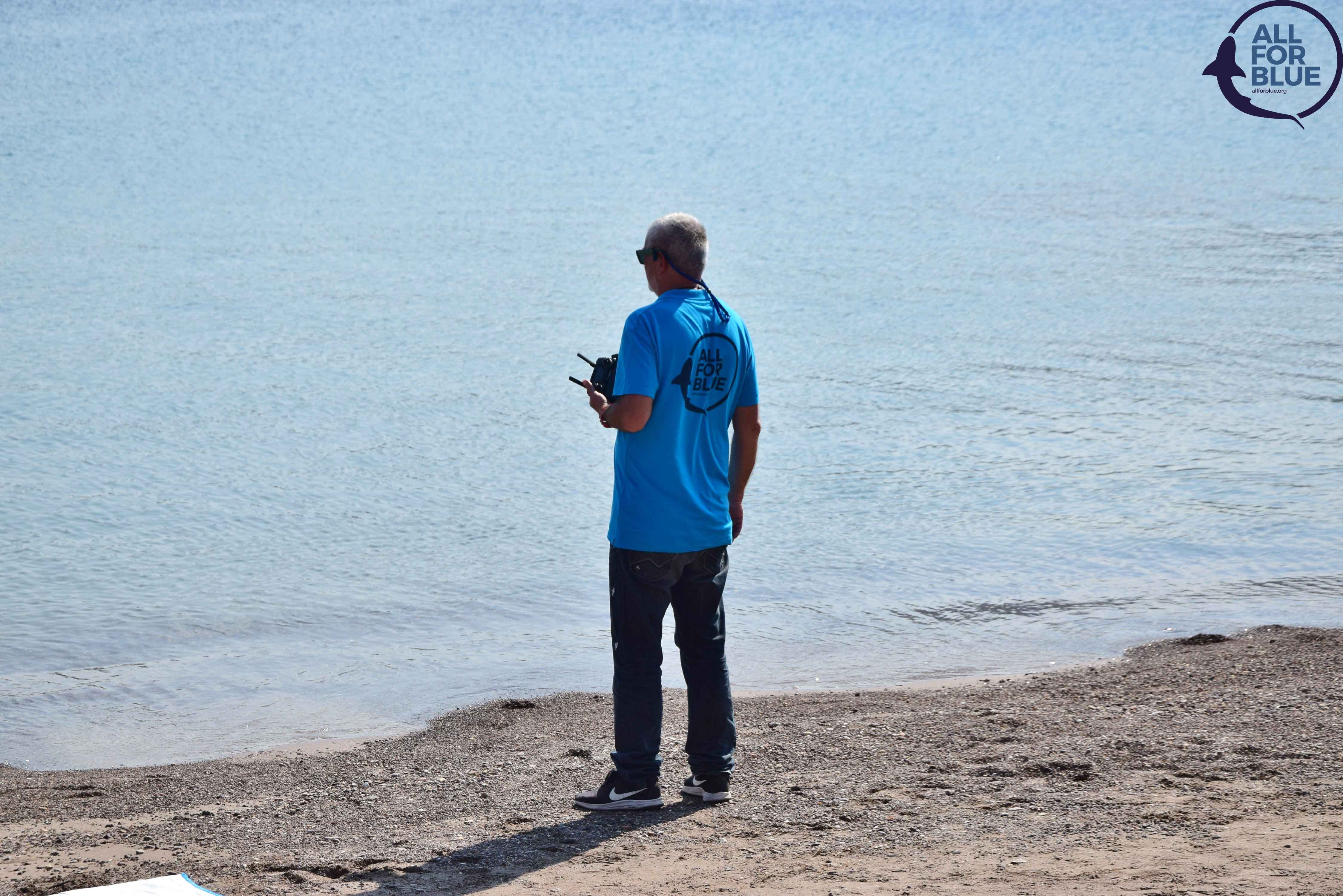 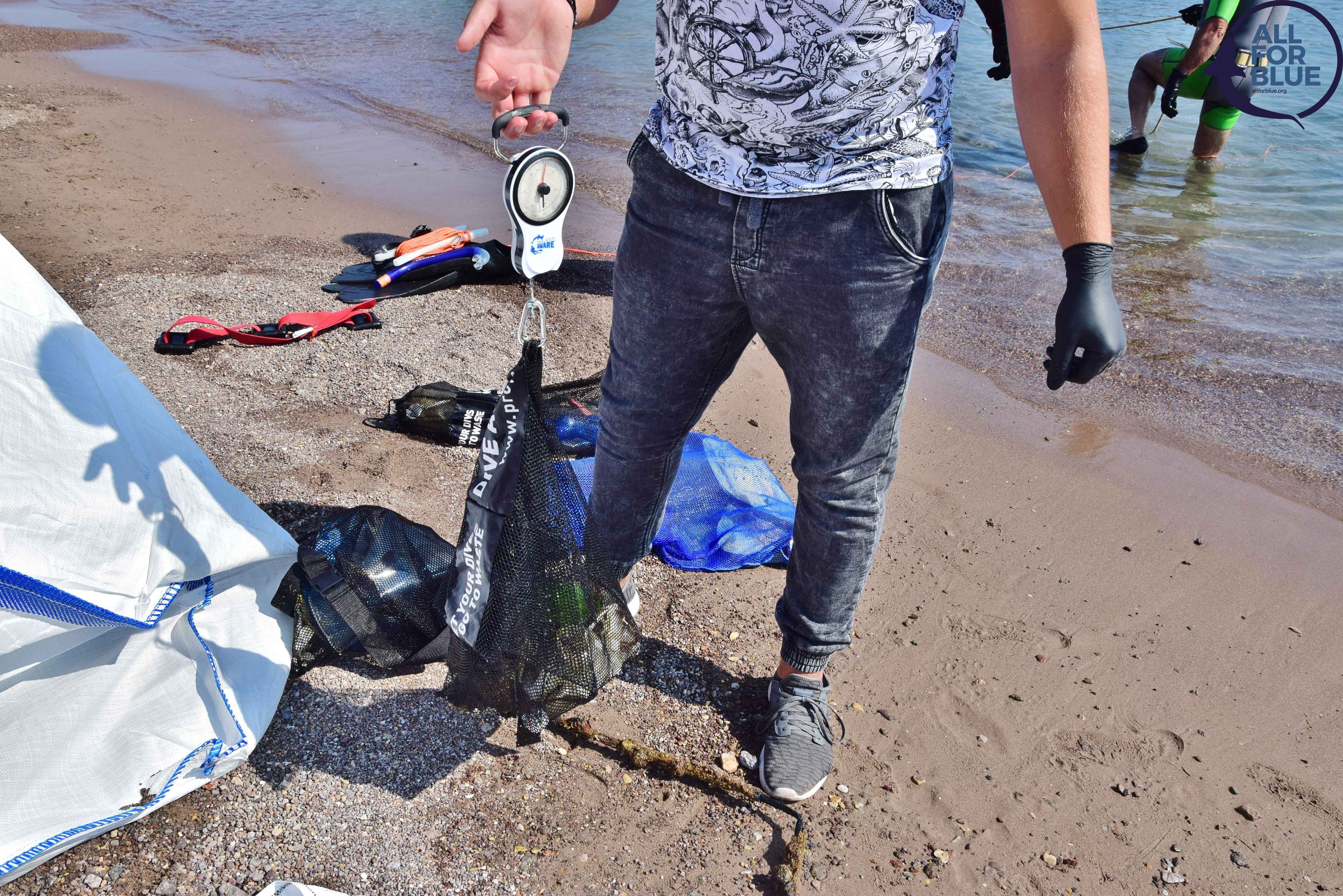 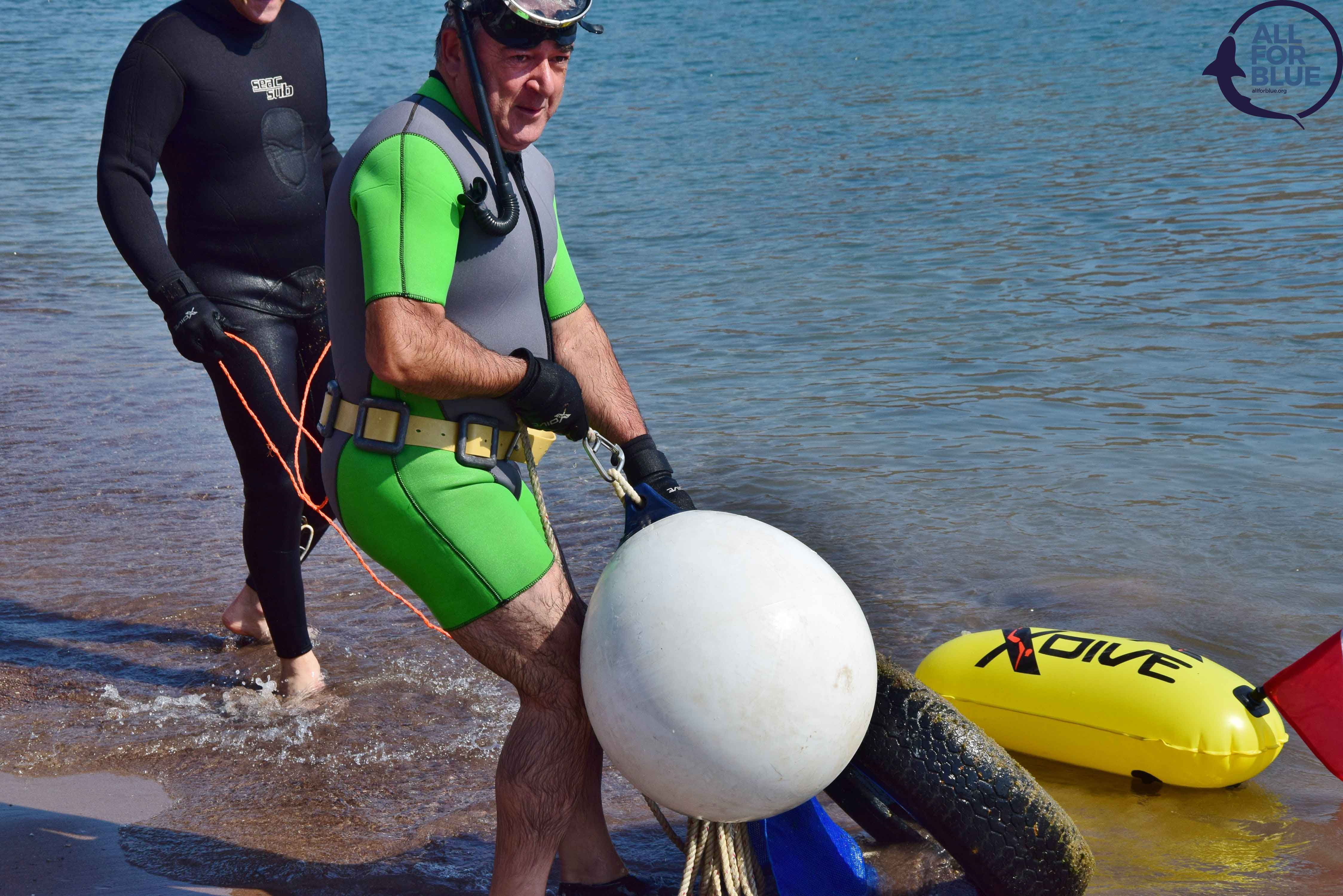 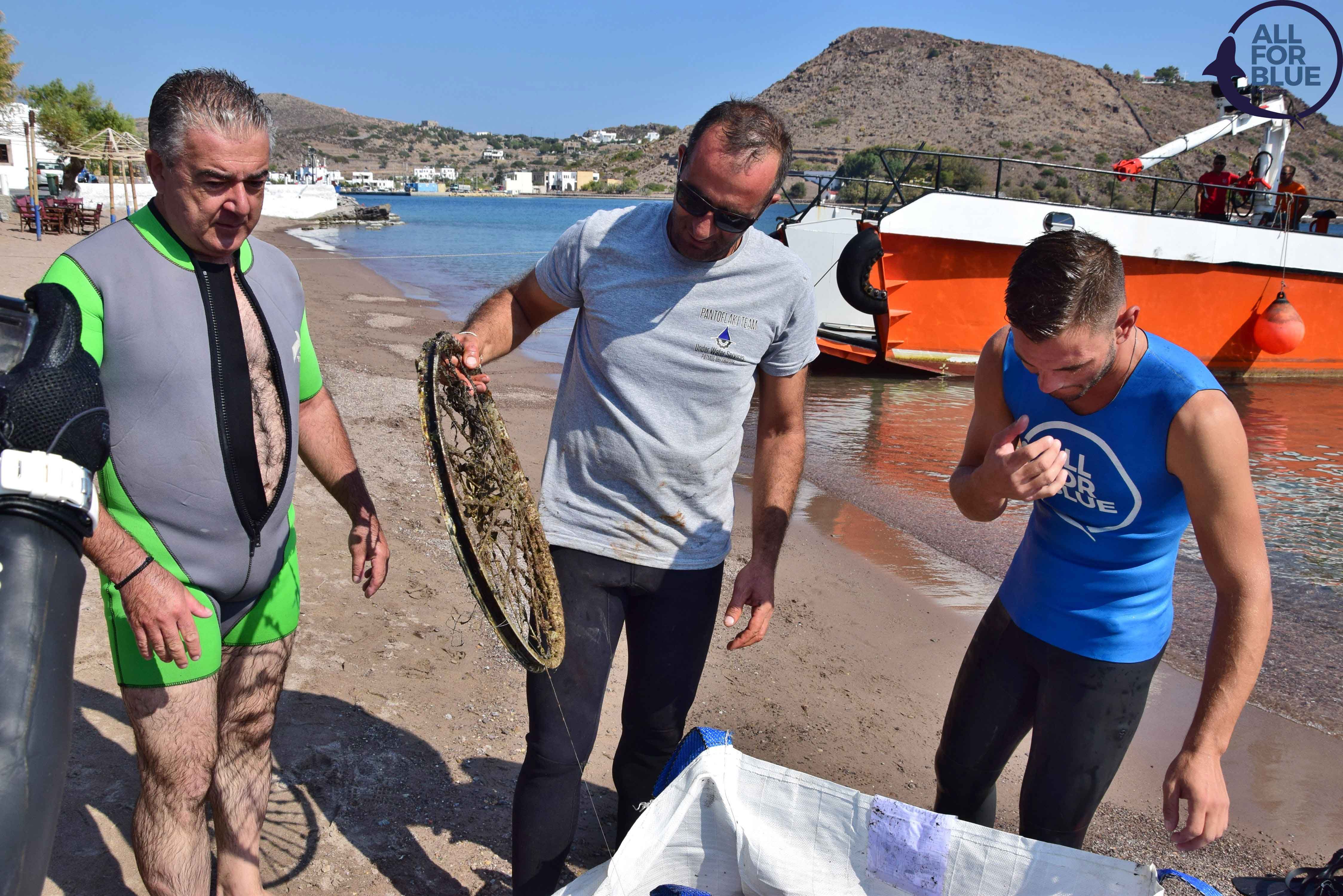 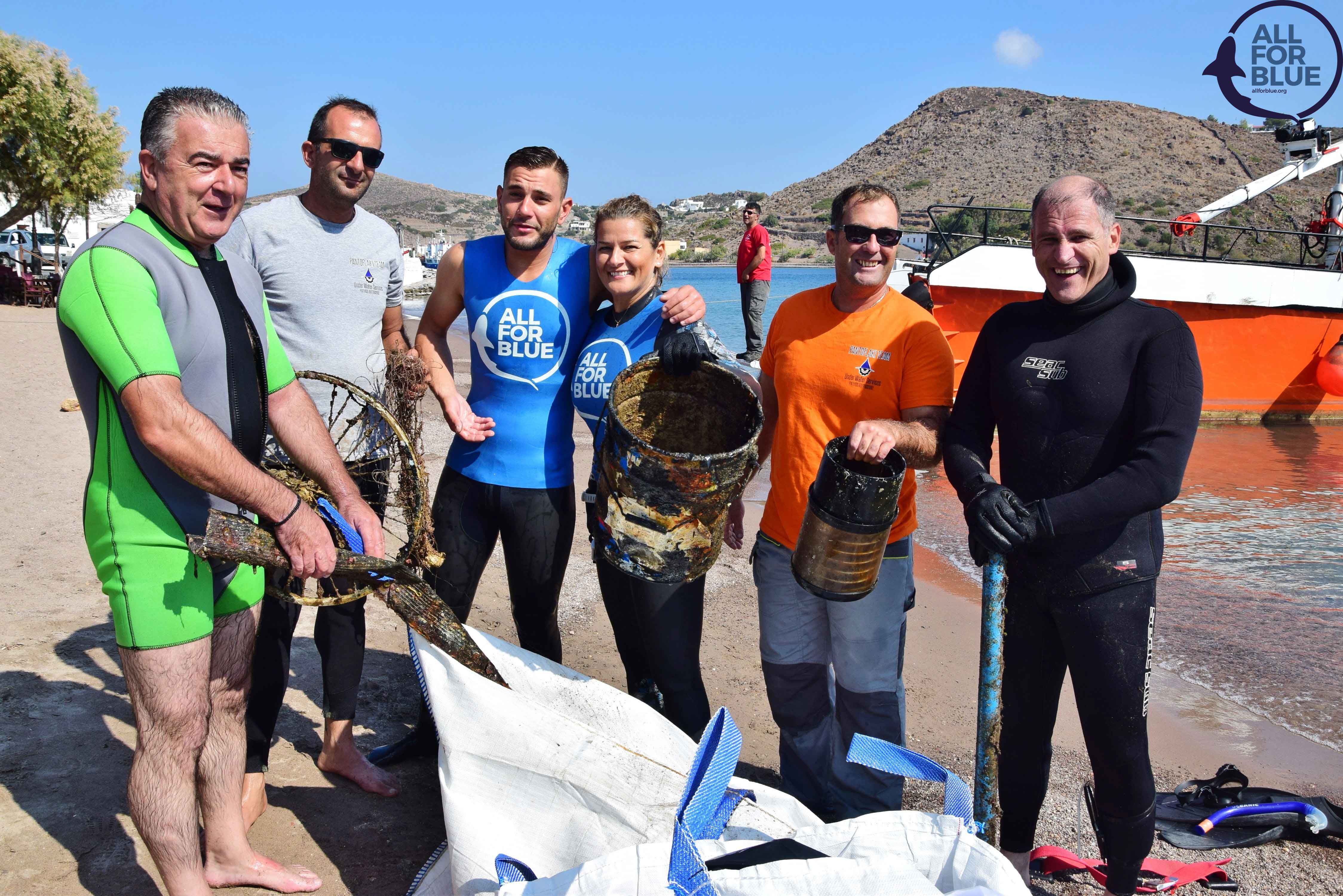 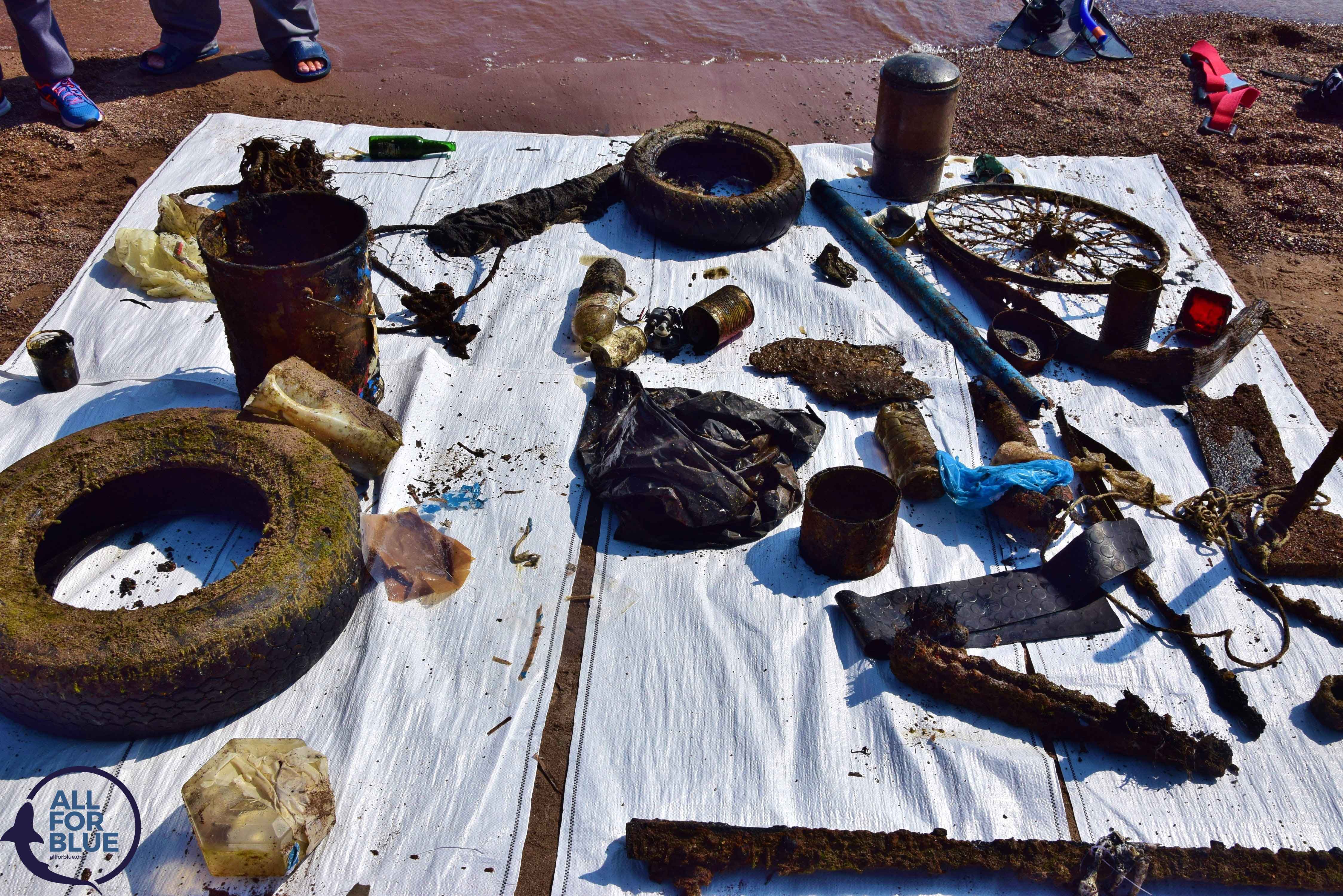 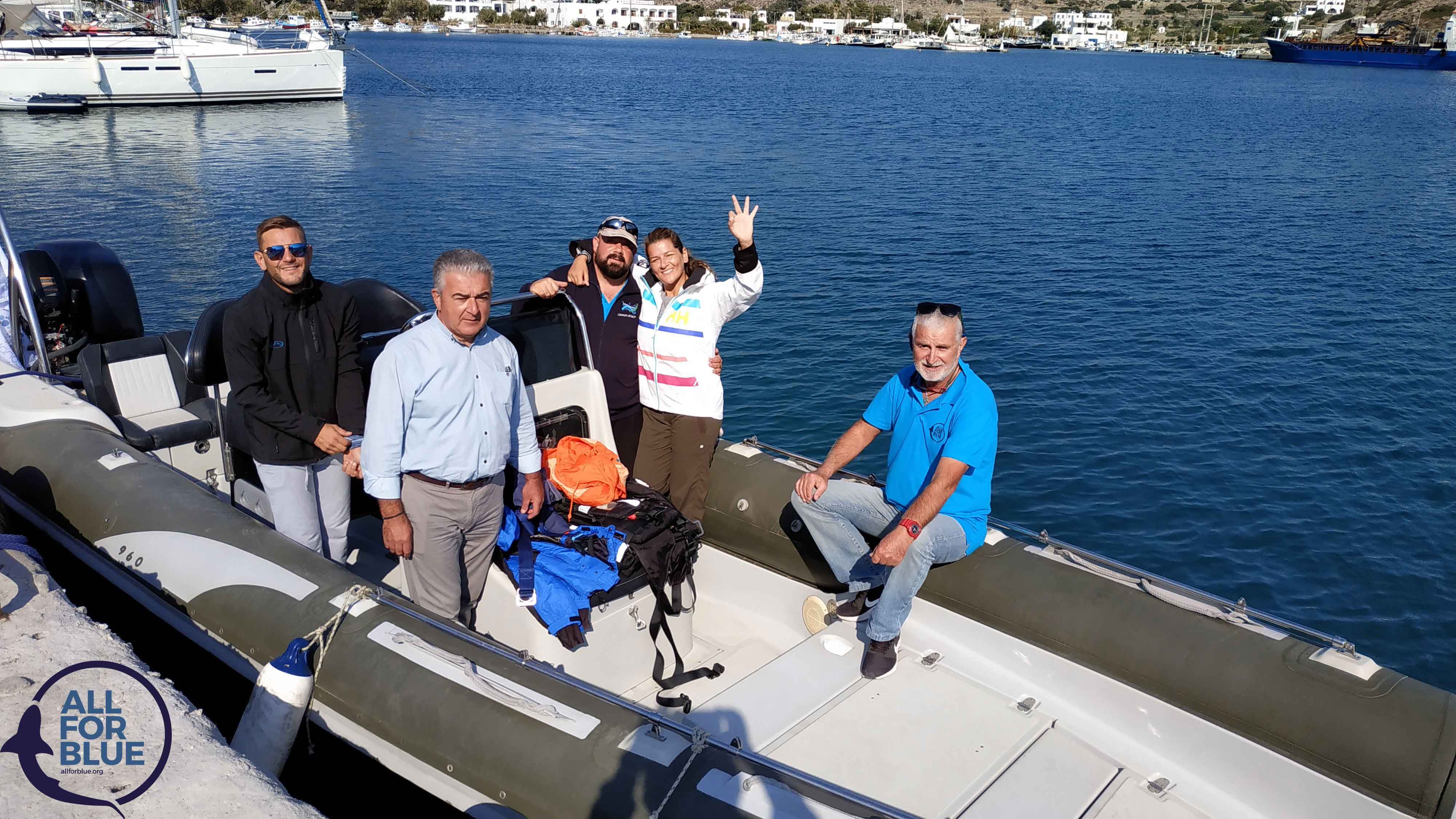